This is such a tragedy.

Okay friends, you better sit down for this one. We’ll give you the straight information as we know it from this video and let you decide if there’s any fault to be had, and if so, where the blame falls. Regardless of the details, the video shows a rare Dodge Challenger SRT Demon that apparently suffered a mechanical failure, caught fire, and burned for several minutes before the flames were finally extinguished. We don’t know the full extent of the damage, but when a car is on fire for that long – never mind the amount of water and fire-retardant chemicals used to put it out – the end-result is seldom positive.

When The Demon Is On, It's Awesome: 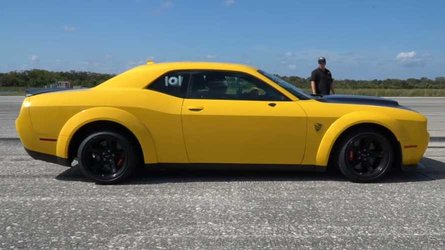 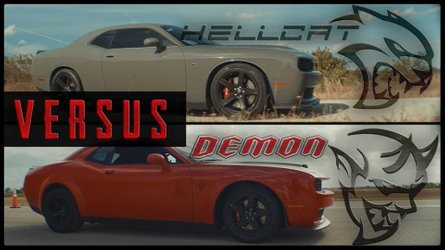 The above video comes from MotorTube on YouTube, and the location is Milan Dragway south of Ann Arbor, Michigan. The video went live on August 1, and from comments on Milan Dragway’s Facebook page, we believe the footage originates at a test & tune event on July 31. The video opens with cars in the staging lanes waiting for a pass down the strip, focusing on a red Challenger Demon that pulls into the lane for a burnout. Things go south when something breaks under the car, briefly shooting flames beneath the driver side door and the front wheel well. A track official with a fire extinguisher shows up immediately to douse the flames.

Things take a turn for the worse when the official repeatedly tells the Demon driver to turn the car off. We can’t hear what the driver is saying or doing, but according to the narrator of the video, the driver was trying to shut the car off but it wasn’t responding. That quickly leads to a heated argument – we see the Demon driver get out of the car and eventually approach the worker with the fire extinguisher, who by this time had walked away from the car.

We can’t confirm what was said by whom, but the result was the driver and track officials simply standing around while the Demon continued to burn. According to the video, minutes pass before the worker with the extinguisher finally returns to fight the blaze. Others join in, but it ultimately takes several people and a large water truck to get the fire out.

So what exactly happened here? The video implies that track officials got angry at the driver and just left the car to burn. It’s also possible the Demon driver said to just let it burn, as many people in the comments section of the video claim to have heard. We’ve reached out to Milan Dragway for an official comment on this very bizarre, and frankly, mind-boggling situation. If the driver of the Demon sees this article, we'd be happy to get your side of the story as well. We will update this article with any news we receive.

Too Hot To Handle? 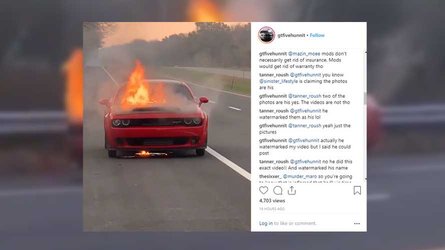 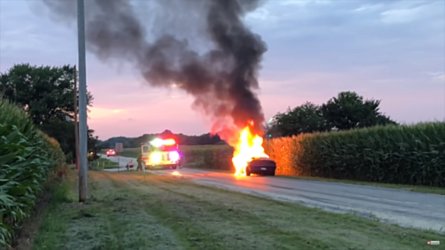 Sadly, this isn’t the first time we’ve seen a Challenger on fire. It’s also not the first time we’ve seen Demon failures at the drag strip, but anyone who races will tell you that failures are part of the process. What’s really unfortunate here is the apparent breakdown of communication between the driver and track crews that left this car unattended and burning at a critical point where it might have been saved.

Was the Demon driver too aggressive towards the track crew, causing them to back off for their safety? Should the track crew have stepped in to douse the fire regardless of the situation? Is everyone a bit to blame in what appears to be one gigantic mess? Let us know your thoughts on this unfortunate situation.