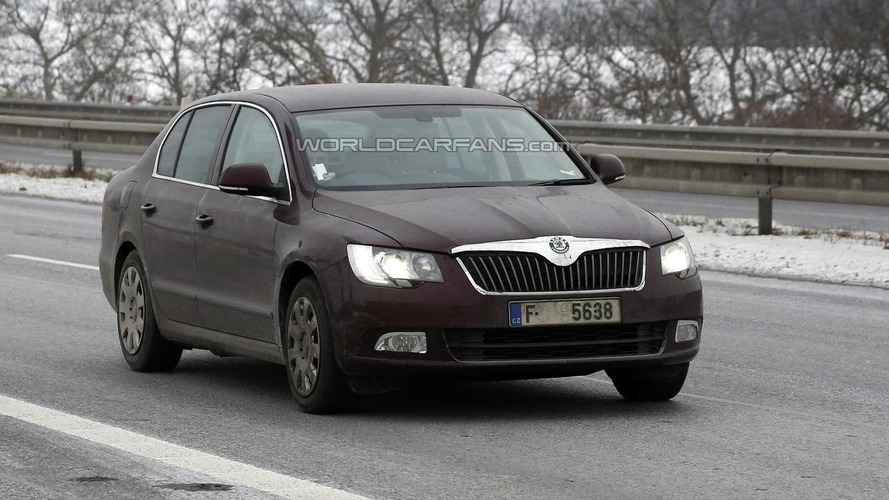 We have received a new batch of spy photos from our photographers with the 2013 Skoda Superb facelift.

We have received a new batch of spy photos from our photographers with the 2013 Skoda Superb.

The Czech automaker is preparing a mid-life cycle facelift for its flagship model which is set to debut later this year. As the images show, both the sedan and combi variants will adopt some of the new styling cues seen on the recently introduced Rapid and Octavia.

The evolutionary front fascia is expected to boast a new grille, revised headlights and different fog lights, implementing some of the styling ideas introduced with the MissionL concept. A leaked photo of the front bumper revealed a chrome strip running along the middle of the lower intake. Our previous set of spy photos showed a camouflaged rear which means some modifications will occur to the Superb's back, most likely in the taillight clusters and bumper.

Minor tweaks for the engines and interior cabin should be included in this mild facelift.

Both versions of the facelifted Superb will probably be out later this year.