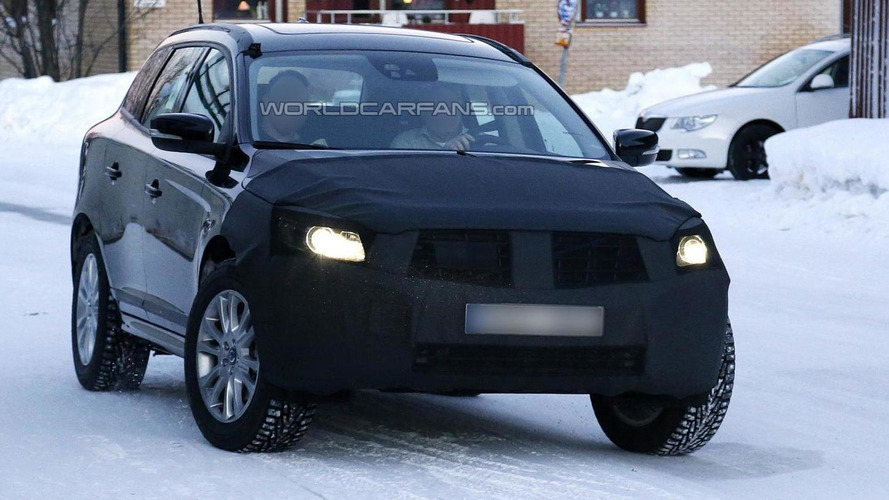 Our spies have grabbed on camera the 2014 Volvo XC60 facelift at home in Sweden. Set to debut this September in Frankfurt.

Our spies have grabbed on camera the 2014 Volvo XC60 facelift at home in northern Sweden.

Set for an official debut this September at the Frankfurt Motor Show, the revised XC60 will receive a new front fascia which is rumored to implement the firm's new design language. We have already seen a prototype virtually undisguised in China, but it's not certain whether that is a facelift for the local market or it will be available globally.

The prototype spied in China showed a revised interior cabin sporting an updated instrument cluster and what looked to be a bigger infotainment system display. Engine lineup is expected to suffer some modifications, meaning minor tweaks for increased fuel efficiency and performance.