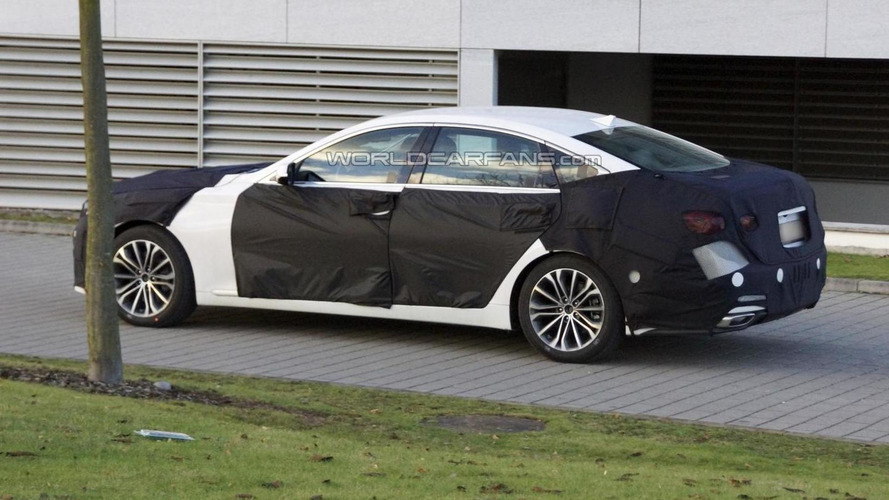 Most executives shy away from revealing product plans, but Hyundai's American CEO has laid his cards on the table for all to see.

Most executives shy away from revealing product plans, but Hyundai's American CEO has laid his cards on the table for all to see.

In a recent interview, John Krafcik confirmed the next-generation Genesis sedan will debut at the 2014 North American International Auto Show with a Germanic design and an optional all-wheel drive system. While it won't resemble the HCD-14 concept, Krafcik hinted at the possibility of introducing a four-door coupe with a similar roofline.

Speaking of the Genesis, the next-generation coupe is slated to get a high-performance engine. The company is still debating on which way to go, but the leading candidates are likely a turbocharged 3.0-liter V6 or a naturally-aspirated 5.0-liter V8.

Range-topping models are exciting to talk about, but the company knows most of their profits come from bread and butter vehicles like the Sonata. When asked about the next-generation model, which is due next year, Krafcik said the car's styling has already been completed and it "looks great." He added, "When you see it, you’ll say, ‘Ah, they’ve evolved it very nicely.’”

To improve fuel efficiency, Hyundai will likely embrace stop/start technology and continuously variable transmissions. On a related note, Krafcik dismissed electric vehicles and suggested that fuel cell vehicles are more viable. This isn't too surprising as Hyundai recently starting building an ix35 FCV at their lsan plant in Korea.