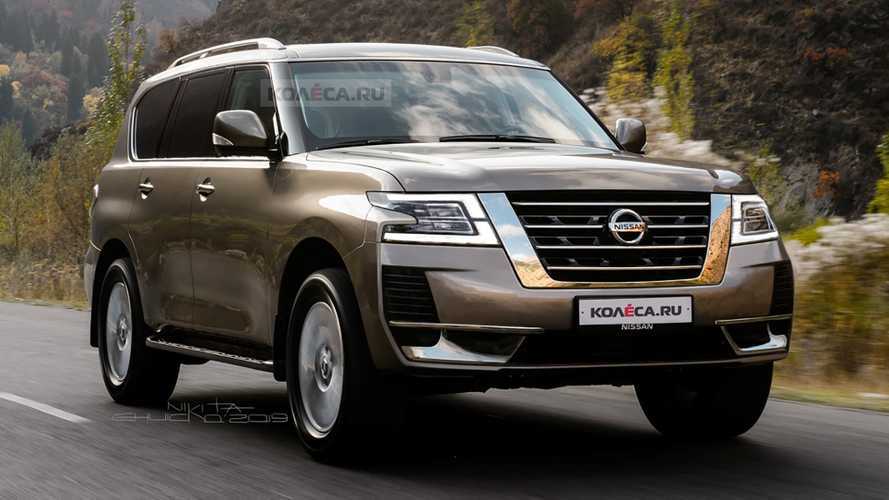 It's due for a significant update.

The nissan patrol is closing in on a decade of service without a significant redesign since 2010. Yes, the large SUV did receive a mid-cycle refresh in 2014, but the full-cycle redesign has yet to happen. For the 2017 model year, Nissan updated the Armada – both share the same F-Alpha platform along with the Infiniti QX80 – bringing the two platform mates closer together in design. However, the Patrol is already looking dated, so our friends at Kolesa.ru decided to imagine their own all-new Nissan Patrol with a sweet new rendering.

At first glance, the Patrol rendering doesn’t look drastically different from the current model. The rendering keeps the boxy appearance – there are only so many ways you can slice a large SUV. Even the greenhouse looks similar between the two. However, there are differences. The front end is all-new, evolving the current Patrol’s grille into a new, larger design. Big grilles are a thing right now – ahem, BMW. It also appears more upright, though that could be due to the rendering’s angle. The entire front fascia is all-new along with the headlights.

The most significant update is at the rear. The rendering gives the Patrol a modern-looking rear-end design that’s similar to that of other SUVs on the road today. The taillights are large and wide, spilling over onto the hatch. They’re also connected with a bit of chrome trim that emphasizes its width. The lower rear fascia also gets a redesign. This rear, three-quarter angle also shows the other design changes made. The fenders are subtly flared with a bit more roundness added to the rear’s overall design. A new spoiler is present as well. Missing is the fender port that’s been a design staple on the SUV.

It’s not clear when Nissan will give the Patrol a proper update. Rumors were swirling such a refresh would happen around the 2018 or 2019 model year, but that has yet to happen. Whenever Nissan does make that decision, expect the new Patrol to borrow from the 2018 Infiniti QX80.