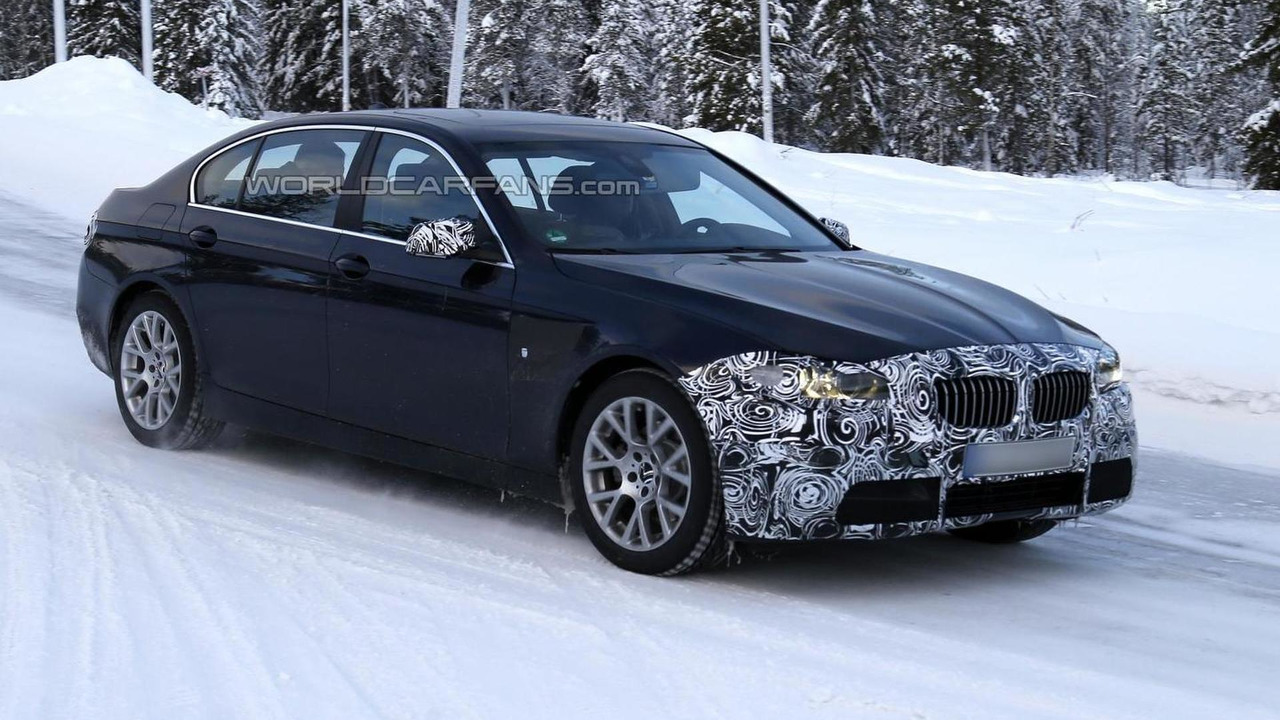 After seeing the more practical Touring variant a couple of months ago, we now bring another set of spy shots with the sedan version which we already saw back in November doing some testing. Just as before, this is a lightly camouflaged prototype as there aren't any significant changes to hide.

Expect to see a slightly modified front bumper, a larger kidney grille and revised rear skirt. The layout of the taillights could be a bit different but nothing dramatic. The headlamps and mirror caps will also go through a mild makeover, while the interior cabin should suffer a few changes.

The 2014 BMW 5-Series facelift could be unveiled in March at the Geneva Motor Show and go on sale shortly after the event.