2020 BMW X5 M Spied Inside And Out While Refueling

Someone clean the windshield!

Last June, BMW introduced an updated version of the X5. Ever since, we’ve been eager for the BMW X5 M, BMW’s high-powered people mover. A month after the X5’s reveal, our spy photographers captured the BMW X5 for the first time. Since then, there’s been a never-ending stream of photos and video showing the camouflaged SUV from various angles. However, we’ve never had a peek at the interior until now. Sadly, it’s not the best look inside. 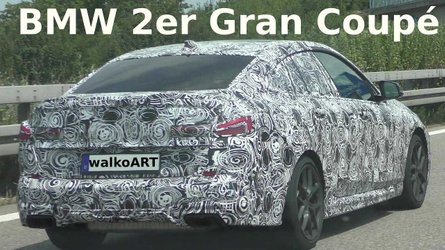 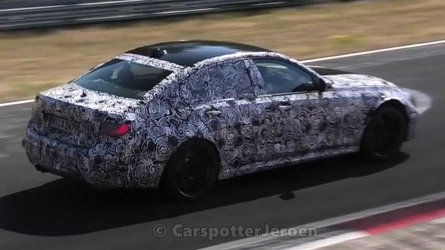 The video does a far better job touring us around the X5 M’s camouflaged exterior, which does little to hide the sheet metal’s design underneath upon such close inspection. However, what we do get of the inside is but a peek through the bug-covered windshield and the front passenger window. We can spot the sporty, two-tone seats with beefy side bolsters and what appears to be an illuminated button on the headrest.

Powering the 2020 BMW X5 M is likely BMW’s twin-turbocharged 4.4-liter V8 delivering at least 600 horsepower (447 kilowatts). If there is a Competition version, which is expected, then the X5 M could pack as much as 617 hp (460 kilowatts), matching the output of the BMW M5 Competition and M8 Competition. However, don’t expect the larger and heavier SUV to match the performance of either.

We don’t know when BMW will make the X5 M official; however, it is slated to be a 2020 model year vehicle, which means the German automaker should be prepping for the reveal. Auto show season kicks off next month, giving BMW plenty of opportunities to show off its new performance SUV. When it’s available, expect a hefty price premium over the 523-hp (390-kW) X5 M50i M Performance version, which starts at $82,150. A six-figure starting price wouldn’t be surprising. However, if it’s under that, expect options to elevate the price quickly.