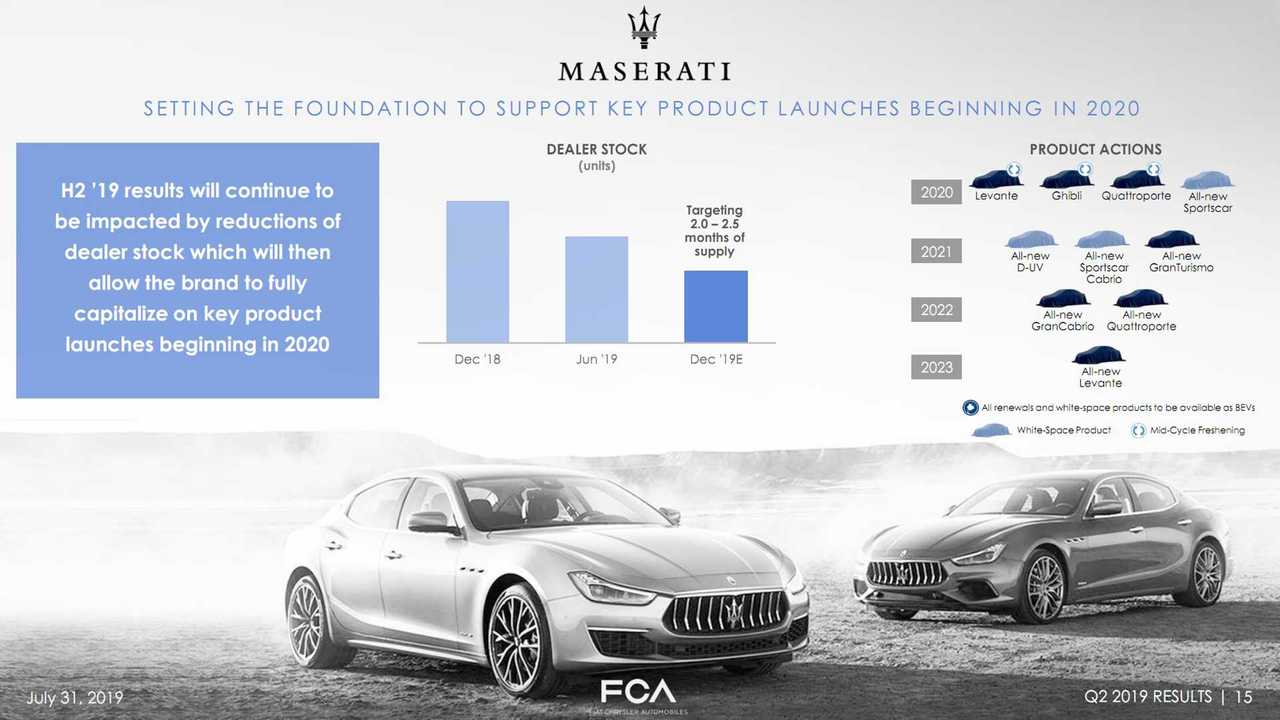 New products will launch through 2023.

Buried in Fiat Chrysler Automobiles’ 2019 second-quarter results is its revised roadmap for Maserati. FCA last detailed its plan for the Italian automaker just over a year ago with the 2018-2022 blueprint. However, the new Maserati plan is quite different with new or refreshed models hitting next year while rejiggering its product launches through 2023.

Maserati plans to refresh three of its products – the Levante, Ghibli, and Quattroporte. Maserati’s previous plan included no such refreshes. Instead, the three were slated for new models in 2022. The change doesn’t mean those new models aren’t coming. The new Levante is coming in 2023 instead of 2020 with the new Quattroporte still slated for 2022. What’s missing is the new Ghibli from the previous plan.

Maserati Outlines Future With Lots Electrification On The Way

While 2020 is packed with Maserati debuts, 2021 is also full with a new sub-Levante SUV, an all-new GranTurismo, and the aforementioned “all-new” sports car convertible. The previous plan had the new SUV slated for 2022 with no plans for a new GranTurismo. In 2022 Maserati will release the new GranCabrio, previously unmentioned, and an all-new Quattroporte, which was initially slated for 2022.

Maserati’s new plan is more of a reshuffling than a complete redrawing. The three added refreshes for next year are welcomed along with the new electric Alfieri. Is this plan set in stone? Of course not, the industry is continuously evolving with consumer trends shifting as well. If history is any indication, there’s a good chance this plan could change yet again in the next 12 months.