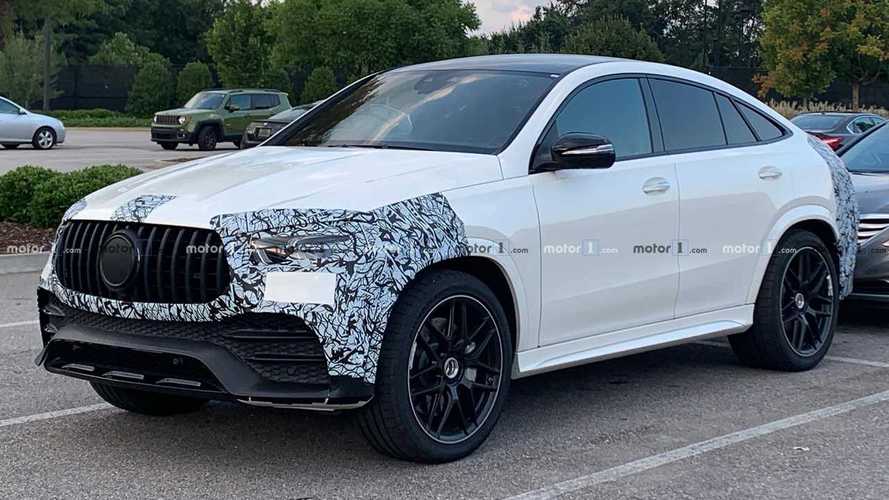 Thanks to Andrew for taking these shots and sharing them with us.

This lightly camouflaged Mercedes-Benz GLE-Class Coupe was sitting parked in Birmingham, Alabama, when Motor1.com reader Andrew spotted it and snapped these photos. The spot is about 40 miles from the Mercedes' Tuscaloosa plant, Andrew says. He speculates that its the GLE 53 Coupe variant, and we have to agree that the special styling elements look a whole lot like the pieces the boxier GLE 53.

Previous GLE Coupe test mules have had camouflage over the entire body. This largely undisguised model provides a great look. The styling is exactly what we would expect to see. The vehicle appears largely identical to the standard GLE-Class, except for the roofline, which might appeal to folks looking for a sleeker silhouette in the same footprint.

Assuming this is the GLE 53 Coupe, then we already know all of the model's tech specs due to the standard GLE 53's debut in March 2019. Under the hood, there's a 3.0-liter, turbocharged inline-six engine with an integrated starter-generator and the ability to spin the turbo electrically for an immediate boost. Expect the same output of 435 horsepower (320 kilowatts). The output runs through a nine-speed automatic, and the boxier body can hit 62 miles per hour (100 kilometers per hour) in 5.3 seconds.

More Views Of The GLE Coupe:

An adjustable air suspension would be able to alter the ride height by as much as 2.165 inches (55 millimeters). The driving modes would include Comfort, Sport, Sport+, Trail, and Sand.

Given the GLE 53's debut earlier in the year and the light amount of camouflage on this test mule, expect the Coupe variant to have a reveal before the end of the year.