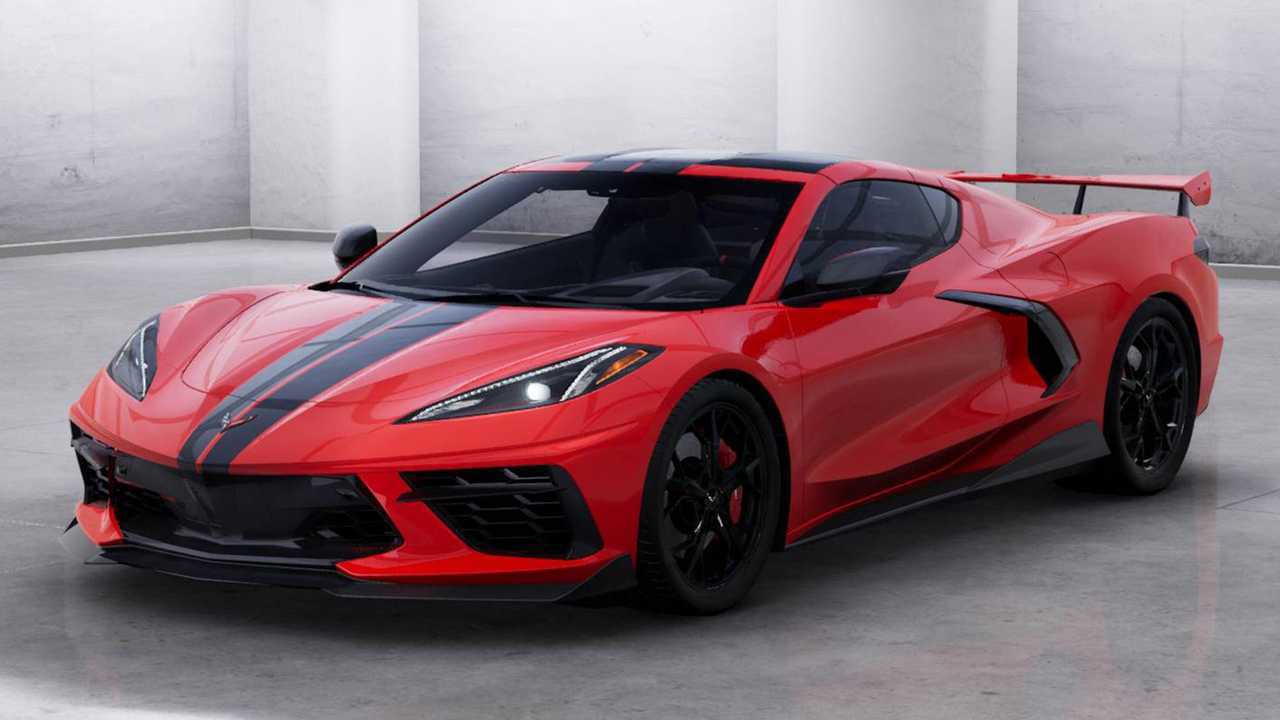 FerrariChat users have lots to say about the new mid-engine Corvette, and some of it’s even nice!

After years of speculation, Chevy has finally revealed the first mid-engine Corvette. With almost 500 horsepower and a price starting under $60,000, the new C8 is clearly targeting the titans of the supercar world. Naturally, Ferrari owners have a lot to say.

I've never really been a Corvette guy, but what Chevy put out is undeniably cool. The Acura NSX and Audi R8 are already on shaky ground.. This will probably put those two out of production. - jjp11

Chevrolet hit a home run with this car! I have not really been very interested in Corvettes, or really American cars in general…  I'm going to be paying close attention to future iterations of this car - if there is a manual Grand Sport-type option, I will be quite tempted! - RudyP

There will be higher cost higher cache’ higher performance versions coming. This will be on the minds of all exotic shoppers. Imho We are talking about it here quite a bit. - one4torque

I think that it looks and sounds like great bang for your buck. The only negative for me is that there is no manual option. - DrewH

Corvettes have sucked for a long time. Moving the engine doesn't appear to have changed that. - davemqv

Immediately, another user responded with fire and fury...

Nothing personal, and I mean that (but you are being rude—unintentionally perhaps—to ‘vette enthusiasts)...but you refer to ‘vette sucking for a long time”...

My Z06 wouldn’t even be able to keep your car in its rear view mirror for more than 2 seconds, could go tens of thousands of miles more than yours without a mechanical hiccup, finish a 5 lap race around Big Willow against your’s destroying it and that includes me stopping for breakfast. Not to mention loaded with electronic options and an a/c that I can personally attest will keep you cool driving with top off in 90+F temps. Oh, and the V8 sound in Z06 will make your’s sound like a squeaky toy in comparison.

How about your car?

Despite supporting, admiring, and even owning Corvettes, these are NOT ‘Vette guys. The value and quality is just hard to pass up sometimes…

For the price of a carbon fibre package on a Ferrari, you can purchase a very nice looking sports car with a NA V8 495 HP engine that can do a sub 3 second 0-60 and some of you are nit picking the look of the lights in the rear. - Coincid

Ive never had sticky interior components in my Vettes, or leather that shrinks on the dash and distorts after a few years, or electrics that stop working and... you can bring a Vette to any one of thousands of GM dealers to get serviced… Dont get me wrong, I love my Ferrari's and all off their special traits. But ive never had brain damage maintaining a Vette the way I do on a Ferrari. - Jasonberkeley

This mid engine Corvette will appeal to many car enthusiasts across the country even if Ferrari lovers don’t care. Best value out there for a performance car. Different strokes for different folks. - Graz

Even though many Ferrari fans seems to like the C8, some just cannot accept the fact that the Corvette is being compared to their precious Italian exotics.

In general, people don't cross-shop Ferraris and Corvettes. Also, good luck finding a C8 that is actually available for "under $60k." - MaranelloDave

Corvette candidates are not buying Ferrari’s. It’s really as simple as that. But, for the money, they are getting extreme performance and a cool looking package. GM will sell a boatload. - Rossocorsa1

This sentiment did not go unchallenged though...

I will probably buy a Z06 as a track car. I traded my Porsche race car for a Scud a few years ago and knife edge handling coupled with high value and expensive maintenance make it a poor weapon for the track. I was thinking of getting a new Cayman GT4 but with less performance and $110K vs around $90K for a new ZO6, not to mention lower maintenance cost, its a no brainier. - gw32

I personally Like the C8, but of Course I like Ferrari as well seeing that I own 2 of them...

I sold my 2014 C7 Vette this Spring to make Room for a C8. I can't Daily Drive the Ferraris to Work… Trying to Decide on either Torch Red or this Blue - Kruegmeister

Due to its current pricing I would like to add one to the garage and not replace. The vett could never replace or replicate the Ferrari feeling... Porsche however will feel the impact of the C8 especially the 718 range. They have personally lost a sale from myself because of the release. - CarAholic

Unsurprisingly, 87% of FerrariChat users say the C8 is not an exotic, but that doesn’t mean that the exotic Ferrari market will be unfazed by GM’s latest creation...

If someone enters the market today with $60-80k to spend on a high performance car, he has more options......the monies that could have been spent on a 20+ year old Ferrari, now may go a brand new mid engine Corvette with a warranty, thus leaving more mid engine Ferraris, 348/355/360/430, on the table, possibly lowering the price… - espvh

Let me start by saying I admire the car and feel it will sell like hot cakes..will it hurt our resales most likely not… There is only one Ferrari and people will pay a premium to own the original. - Flyingbrick242

Yes, new Ferraris will continue to sell for $300K or more, but no one can deny the effects of the new Corvette on the used Ferrari market, especially when we have first hand evidence...

While I currently own a C7 Z51 and I’ve longed/aspired for decades to own a Ferrari or Lamborghini for performance & symbolic reasons… I’ve recently arrived at a place in life where I could buy a 430 or Gallardo... but I waited to see what the C8 was going to be... I’m thrilled that a domestic brand FINALLY created a reliable, affordable vehicle with aesthetics & performance that easily rival a Ferrari. I am now fully resolved to buy a C8 instead of a 430 or Gallardo. Just made a deposit today. - Lagunascorpio

The C8 will definitely affect some Ferrari resale values. There has NEVER been a US mid-engine option that wasn't a Ford GT costing an arm and a leg before this. But which ones? Let's put it this way: I'm selling my 308 to get one, but keeping my 360 manual, so I'm betting all F1 Ferrari V8's will be adversely affected: 355, 360, and 430. - G. Pepper

People are comparing it to Ferrari. That’s the best marketing GM could ever ask for. - anunakki