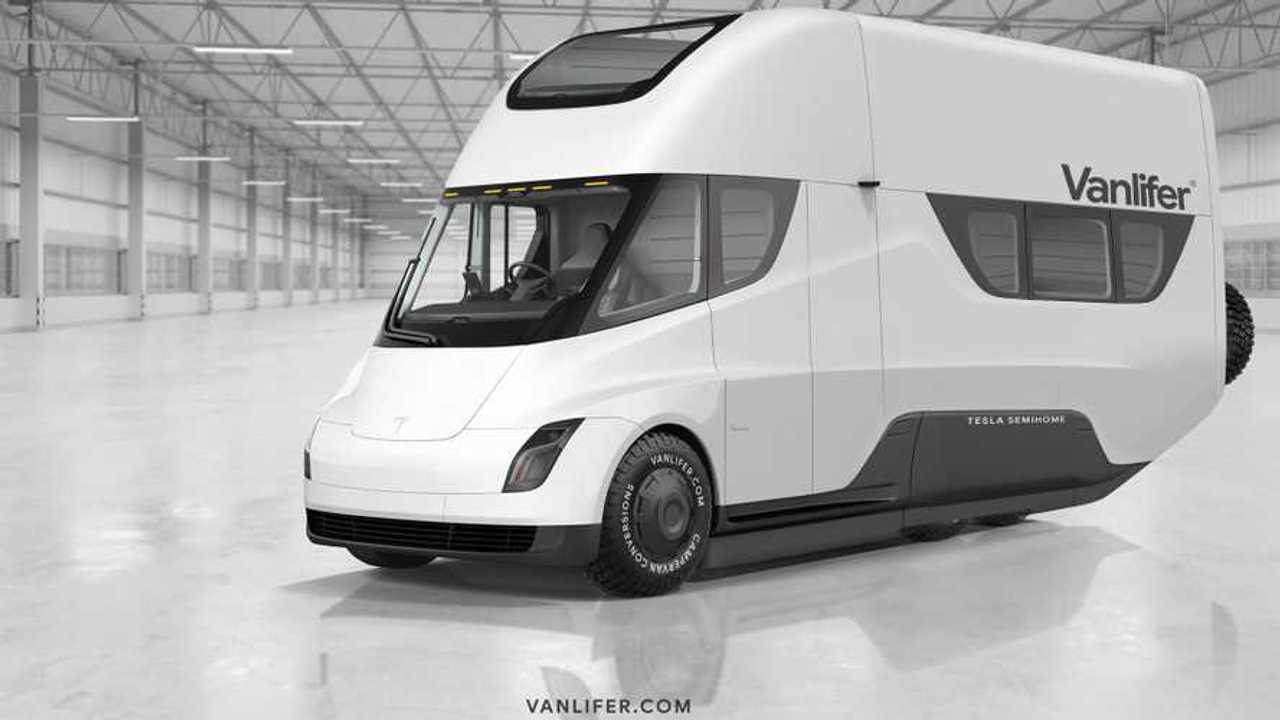 The Tesla Semi could be the perfect motorhome platform.

Tesla revealed its aptly named Tesla Semi last year. It could revolutionize the trucking industry, or quicken its march toward electrification. It’s meant to replace the diesel-powered tractor-trailers that move today’s freight across the country and around the world. However, for as beneficial as an electric semi could be, the Tesla Semi could be the basis for an entirely different type of vehicle – an all-electric motorhome. We dreamed one up earlier last month (below), basing it off of the official Tesla Semi photos. Now, Vanlifer has jumped on the Tesla Semi RV bandwagon with the Tesla Semi-Home (above), which is a cool and creative name.

The Vanlifer creation retains much of the Semi’s basic appearance up at the front. It has the same headlights, greenhouse, windshield, cabin, and cuts for the doors. It even retains the Semi’s sloped roof over the cab, except the Semi-Home features a window. According to a rough sketch of the layout (on Vanlifer), the spot above the cab features a bed. The rest of the motorhome has everything else you’d expect from your semi-home away from home. There’s another bed, bathroom, seating that folds out into a bed, kitchen, stovetop, and more. It can sleep up to six.

Tesla says the Semi will cost between $150,000 and $180,000 depending on the size of the battery pack. While that is a lot of money, if a high-end motorhome builder could pack it with the latest motorhome gadgets and gizmos, people looking for such mobile living would have no trouble laying down the cash for one. Then you can factor in the fuel savings, too, which makes the Tesla Semi-Home a very compelling purchase.

There’s a lot that can go into a modern motorhome, especially a high-end luxury version. With an on-board battery pack used to power the Tesla Semi itself, powering the rest of the motorhome’s electronics would be a breeze. Finding adequate charging in the wilderness could be a pain; however, solar panels are a thing.