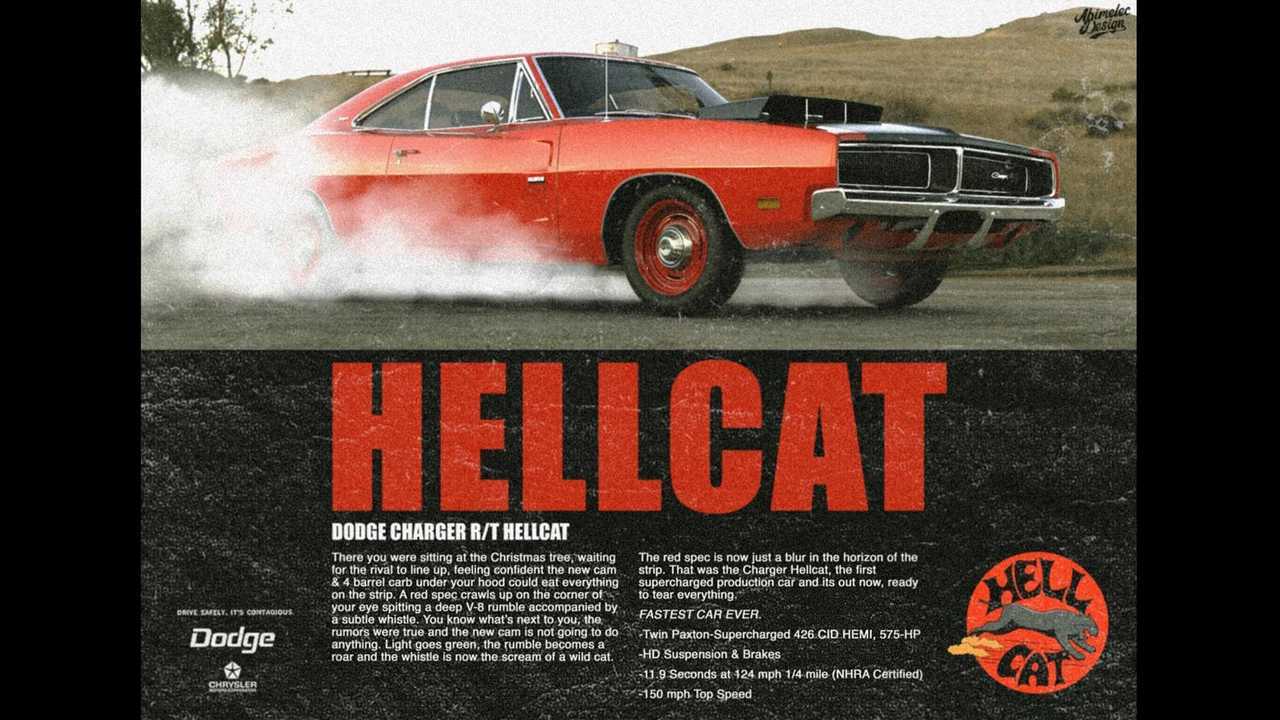 What if the Hellcat existed during the original muscle car era?

Following imagining what a 1989 Jeep Cherokee Trackhawk would look like, Abimelec Design now turns back the clock even farther to render a Dodge Charger Hellcat from 1969. This beast never actually existed, but it would have been an intimidating sight at any stoplight drag race at the time.

Abimelec Design uses the performance-oriented Charger R/T as a starting point. It gains a huge hood scoop for channeling lots of air to the engine. The rest of the exterior looks stock, but there's a special touch at the back. Rather than the Charger R/T's standard tail stripes, this one gains a Hellcat emblem in the style of the Dodge Super Bee logo but with a feline replacing the insect.

Under the hood, Abimelec Design elects not to use the modern 6.2-liter supercharged Hellcat V8 and instead installs a vintage-looking mill. The powerplant has a similar, although not identical, appearance to the famous Chrysler Max Wedge V8's dual air cleaner design. This mill was the company's weapon for drag racing and was available with up to 425 horsepower (317 kilowatts).

However, if you look ahead of the air cleaners on the fantasy engine, you can spot a pair of Paxton superchargers. Abimelec Design gives the mill an impressive 575 hp (429 kW) output and claims it can cover the quarter-mile in 11.9 seconds – an extraordinary figure by 1969 standards.

Today is still a great time for muscle car fans because of machines like the Dodge Challenger SRT Hellcat and Ford Mustang Shelby GT500 available at dealers. Not only are these vehicles quicker than their predecessors from the 1960s, but they come with tech like traction control allow mere mortals to harness all of their prodigious output.