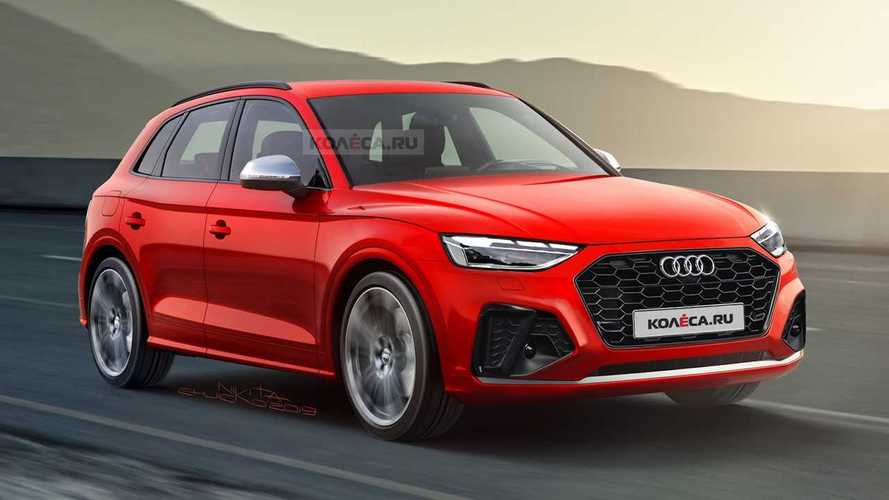 Based on the spy shots, we are pretty much looking at the actual thing.

For the first time, the refreshed version of the Audi Q5 has been spied testing. The design changes were reported to be minor, but one can't deny that the new de-chromed face is a huge leap from the outgoing model.

As such, our friends at Kolesa.ru is back at it again in making renderings of upcoming cars based on just spy shots. If you could recall, our favorite artist Nikita Chuiko was able to render the refreshed Q7 based on spy shots months before its official debut, which was an impressive feat.

With that said, these renderings of the facelifted Q5 would be close enough to the real thing.

If we're to take these renderings as fact, the upcoming facelifted Q5 will carry the front fascia of the refreshed A4. From the restyled headlights to the smaller foglamp casings, the new Q5 will have less chromes than the outgoing model. Moreover, the grille is less gaping than before as well.

The rear rendering wasn't too radical, however. The taillight design is the same, as well as the bumper-mounted reflectors, albeit, the exhaust tailpipes are different. The biggest deviation from the current Q5 would be the chrome strip that flanks the taillights. The wheels look to be lifted from the spy shots as well.

Hybrid And Spy Images: Everything About The Q5

No matter how real these renderings seem to be, it should of note that these are still products of imagination. We do know, however, that facelifts don't usually come with huge powertrain and interior changes. So, the current 2.0-liter TFSI and 3.0-liter TDI should carry on, as well as the recently-launched plug-in hybrid powertrain option.

Since the current Q5 is only two years old, we'll probably see the facelifted crossover next year as a 2021 model. Until then, we have these renderings to ogle upon.