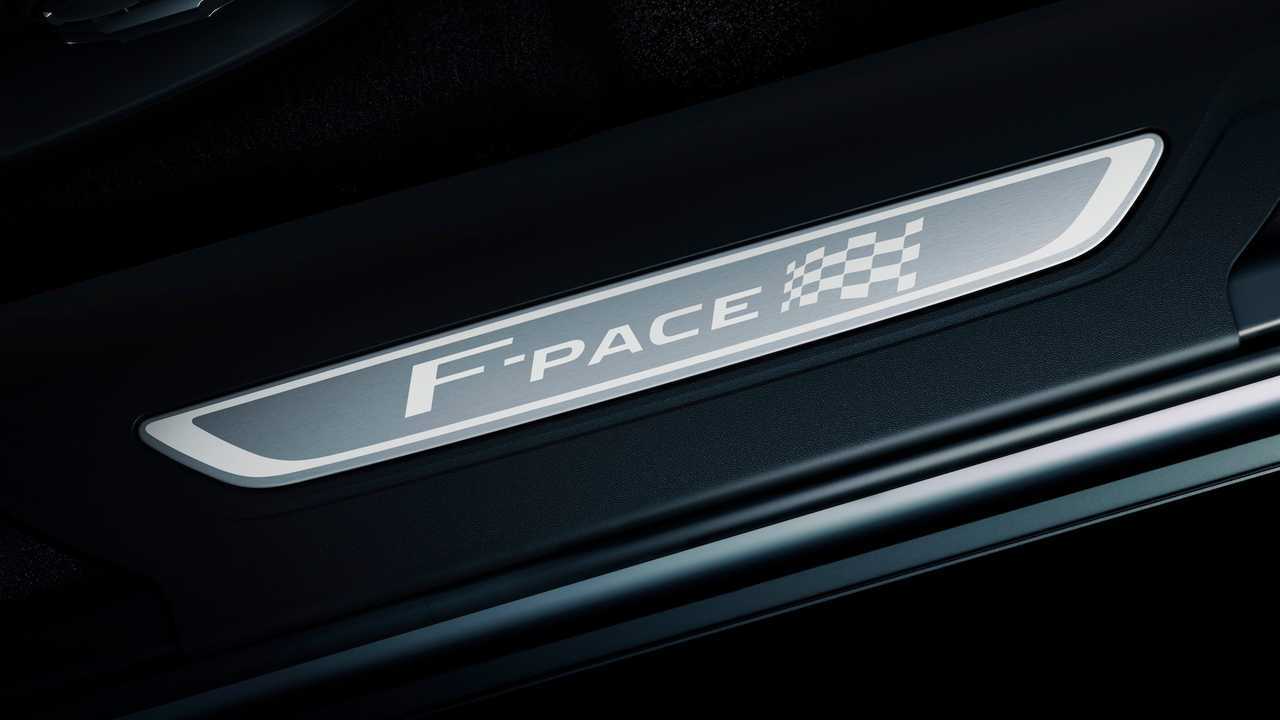 A pair of not particularly ferocious felines.

Priced at $62,000, the 300 Sport comes equipped with the brand’s 296-horsepower turbocharged 2.0-liter four-cylinder engine and stands out thanks to its special badging in the grille and on the tailgate, as well as its dark gray trim around the windows, side vents, mirror caps, and rear fascia. Inside, the model includes yellow contrast stitching on the seats, console, and instrument panel, as well as 300 Sport logos on the floor mats, steering wheel, kickplates, and front-seat headrests.

See The Jaguar Project 8 Beat Its Own Nurburgring Record

Those willing to sacrifice 49 ponies and save $3,600 will want to eye the F-Pace Checkered Flag edition. Based on the $56,500 F-Pace R-Sport, the $58,400 Checkered Flag features a 247-hp turbocharged 2.0-liter inline-four underhood. Separating the F-Pace Checkered Flag from the R-Sport is kit such as a more aggressive front fascia, and black trim on the grille, vents, roof rails, and upper side sills. While the interior is nicely finished with leather seats and aluminum trim, the Checkered Flag’s only true interior giveaway to its specialness is a set of model-specific kickplates.

Although we’re partial to the $80,600 F-Pace SVR and its 550-hp supercharged V8 engine, both the F-Pace 300 Sport and Checkered Flag editions appear to offer a little something special that’s sure to tide over consumers who can’t quite afford the high-horsepower flagship trim, but still want to feel as though they’re driving something out of the ordinary.