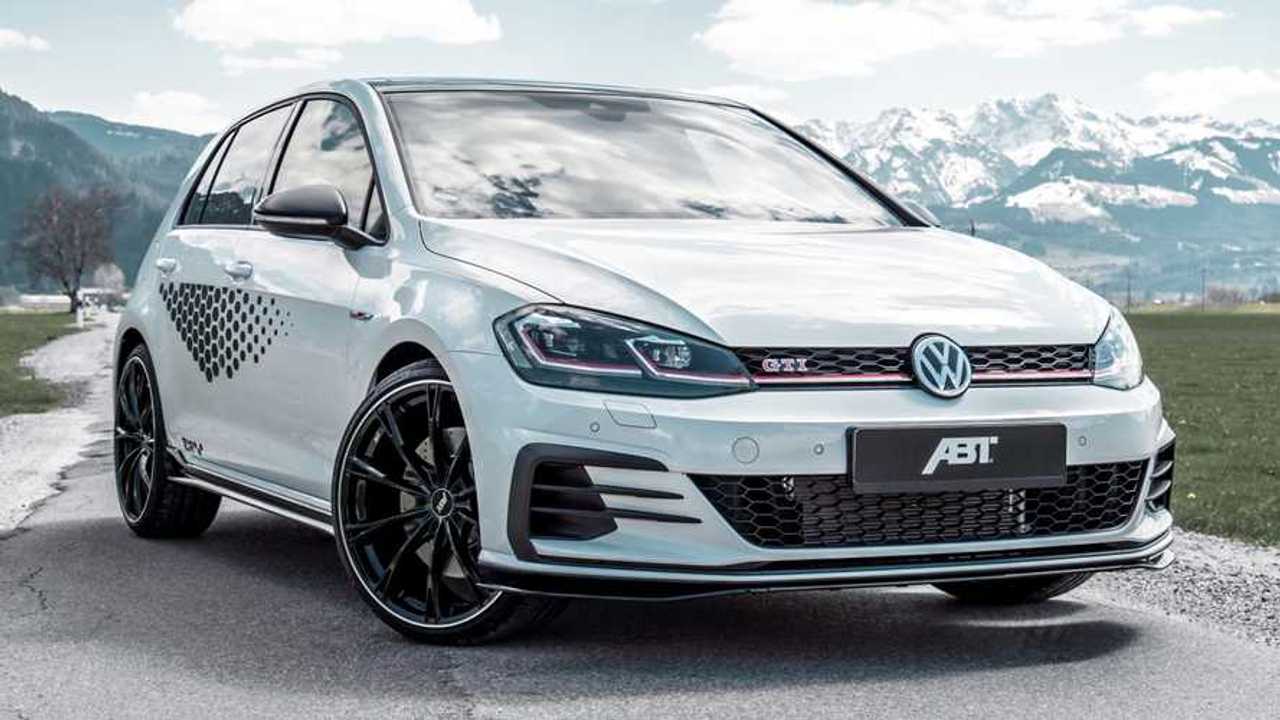 It has a whopping 118 more horsepower than the original seventh-generation Golf GTI.

When the seventh-gen VW Golf GTI made its debut back in early 2013, its four-cylinder 2.0 TSI gasoline engine was dialed to 217 hp or 227 with the Performance Package. As the years went by, the horsepower count gradually grew and eventually hit an impressive 306 hp in the limited-run Clubsport S special edition – a former record holder for the fastest front-wheel-drive production car at the Nürburgring. Fast forward to current times, ABT decided to extract even more power and got its hands on the more recent track-focused TCR version.

As standard, the Golf GTI TCR offers an already potent 286 horsepower and 380 Newton-meters (280 pound-feet) of torque, but ABT has taken output to a new level. Thanks to the tuner’s own engine control unit, the four-banger can be massaged to produce 335 hp and an ample 430 Nm (317 lb-ft). The extra punch shaves off two-tenths of a second from the sprint to 62 mph (100 kph), with the task now taking only 5.4 seconds.

Gallery: VW Golf GTI by ABT

While the standard Golf GTI TCR is electronically capped at 155 mph (250 kph) or optionally at 162 mph (260 kph), ABT takes it a bit further by unlocking 164.6 mph (265 kph). The aftermarket specialist will also throw in a height-adjustable suspension kit and custom springs, while anti-roll bars are also part of the package.

If you’re not happy with the Golf GTI TCR’s 18- and 19-inch alloy wheel designs, ABT has a larger 20-inch set finished in glossy black to make the Volkswagen hot hatch look a bit more special.

Of course, some will prefer to patiently wait for the next-generation VW Golf GTI since it has already been confirmed for a 2020 market launch. We’ve spotted it earlier this month at the Green Hell and the folks from Wolfsburg have characterized it as being “cool as hell.”

ABT Has A Soft Spot For VAG Products:

Lamborghini Urus Gets 700 HP From ABT For Supercar Acceleration
++