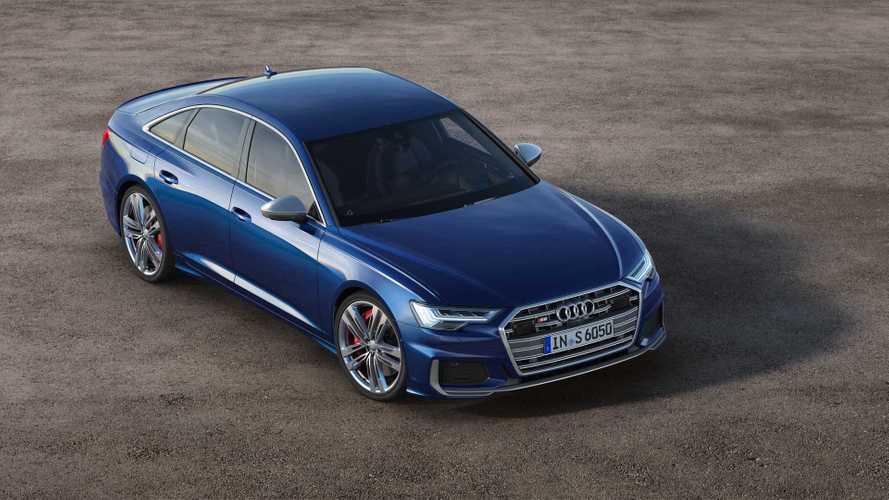 The North American version of the sports sedan has a gasoline engine as opposed to Europe's diesel.

Following its introduction in the first half of April, the 2020 Audi S6 Sedan finally has a price tag in the United States. You can get behind the wheel of the performance sedan from $74,895 if we take into account the mandatory $995 destination charges. How does it stack up against its German rivals? It’s cheaper than the $77,645 BMW M550i xDrive but more expensive than the $73,545 Mercedes-AMG E53.

The differences in terms of pricing are reflected in the amount of horsepower you get, with the cheapest of the trio having to make do with “only” 429 AMG horses, followed by the newcomer from Ingolstadt with 444 hp, and the Bimmer with 523 hp. Unlike the Euro-spec S6 and its controversial TDI engine, the North American version uses the same twin-turbo 2.9-liter V6 you’ll find in many other S models offered by Audi. It produces an ample 443 pound-feet (600 Newton-meters) of torque to give the sports sedan a sprint to 60 mph (96 kph) in 4.4 seconds.

Turbo lag shouldn’t be an issue at all since the six-cylinder engine boasts an electric compressor powered by the mild-hybrid 48V system to offer an almost instant throttle response. The eight-speed automatic transmission has been tweaked to make the most out of the V6’s low-end torque, while the rear-biased Quattro all-wheel-drive system comes with active torque distribution for maximum traction.

In normal conditions, 60% of the engine’s torque is channeled to the rear wheels and the remaining 40% to the front axle, but in certain scenarios, the wheels at the front can get up 70% of the available torque or the rear ones can receive as much as 85%. At an additional cost, you can make the 2020 Audi S6 Sedan even more agile by getting the sport differential for better handling granted by the system’s ability to split torque between each rear wheel or send nearly all torque to just one wheel.

The New S6 Has Arrived:

Dig deeper into your pockets and Audi Sport will be more than happy to throw in the optional S sport package encompassing goodies such as all-wheel steering, a sport exhaust, and red brake calipers. You can combine this pack with a sport suspension that also has a comfortable mode for when you just want to relax.

The aforementioned $74,895 starting price is for the base Premium Plus trim and rises to $78,795 (including destination charges) for the better-equipped Prestige model.

HERNDON, Va., July 25, 2019 – With the latest in innovative technologies including benchmark infotainment, combined with a dynamic driving experience thanks to a new twin-turbocharged 2.9-liter V6 engine, as well as an S model interior and exterior design elements, the all-new 2020 S6 delivers everything customers expect from a true luxury sports sedan.