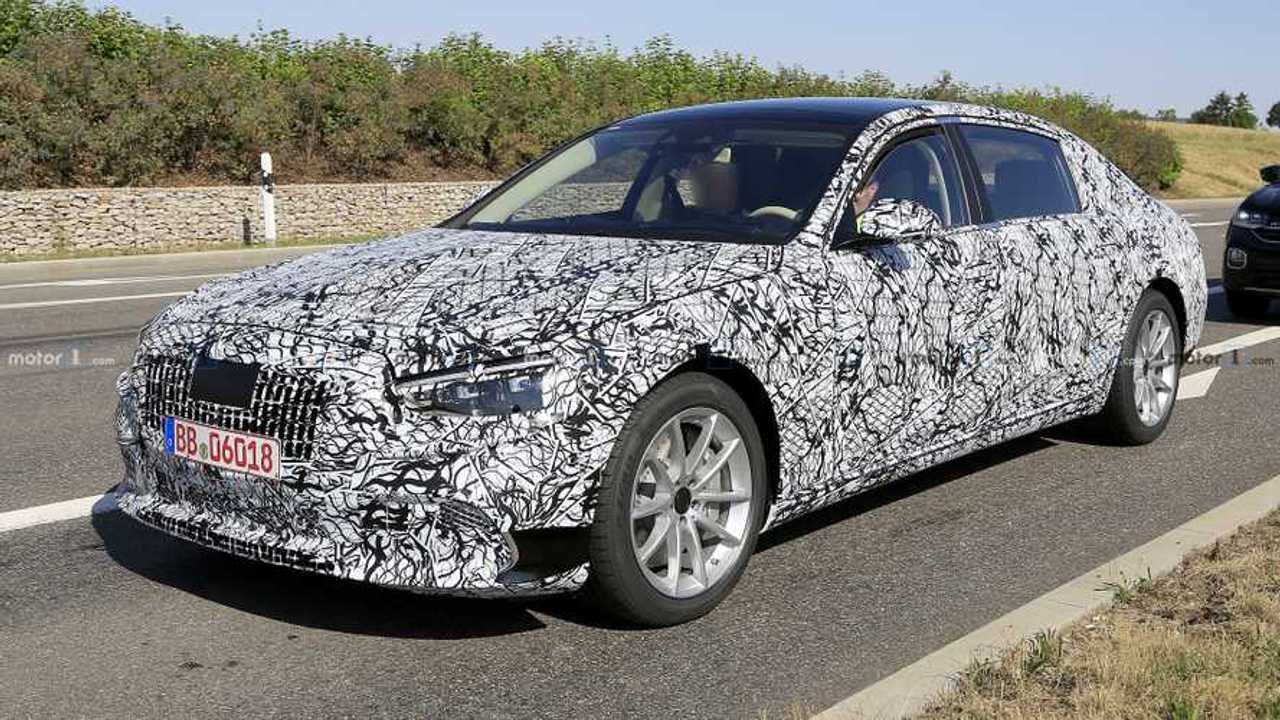 We also take a peek inside the cabin.

We’ve seen our fair share of spy shots with the Mercedes-Maybach GLS, but this is our first look at its sedan counterpart. Caught waiting at a red light in front of a Volkswagen T-Roc R-Line, the stately sedan with its generous body size made those 19-inch wheels look pretty small by comparison. You can easily tell this is the Maybach variant and not just a long-wheelbase Benz S-Class just by looking at the length of the rear doors.

Speaking of the doors, you’ll notice there aren’t any handles that stick out from the body. Like we’ve already seen on prototypes of the standard S-Class, the next generation of Mercedes’ flagship will switch to pop-out door handles to make the side profile look a tad bit sleeker while improving aero as well. The short front + long rear overhangs are similar to what you’ll find on the outgoing Maybach-branded S-Class, and we can say just about the same thing about the greenhouse.

Moving up front, the prototype reveals a good chunk of its production-ready headlights that flank a glitzy grille with numerous vertical slats introduced with the facelifted Maybach S-Class. We can also catch a glimpse of the generous air intakes with a chrome rim at the corners of the bumper – further signaling the car had the final body.

At the back, the fullsize extra-long sedan had LED taillights extending onto the tailgate to make the car seem even wider and imposing. Those exhaust finishers seem to be connected to the car’s actual exhaust, which is somewhat of a surprise on a car like this as even performance vehicles are getting those faux tips.

With the car waiting at an intersection, the spy photographer was also able to take a peek inside the cabin. However, there’s not much to see as the dashboard remained completely hidden underneath pieces of black cloth. The only things we can see are the steering wheel and the adjacent stalks, with the one on the right serving as the gear lever for the automatic transmission. We’re not entirely sure, but those buttons mounted on the steering wheel’s spokes appear to be touch-sensitive controls, which might not be to everyone’s liking.

It’s going to take a while before we’ll see the Maybach S-Class in official images since logic tells us it won’t be out before 2021 taking into account the standard W223 is set to debut at some point in 2020.