One-Off Alpina B7 In Mint Green Delivered To U.S. Customer 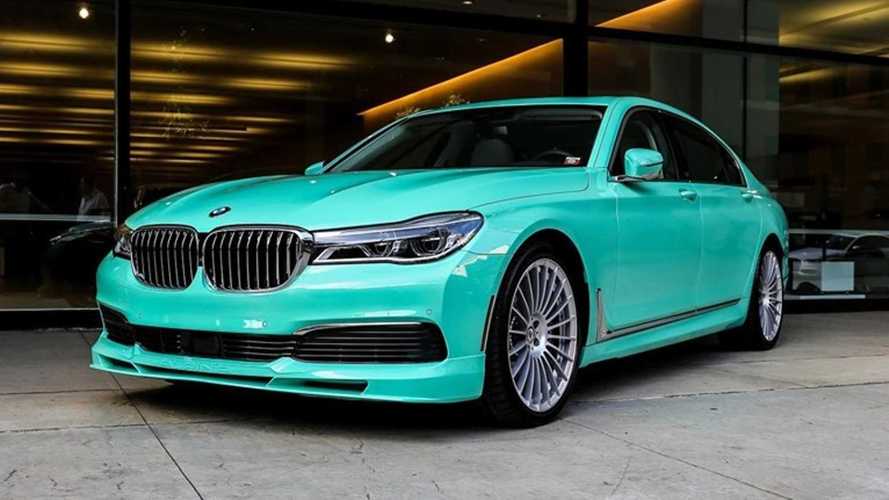 This one is sure going to polarise.

The current generation Alpina B7 performance sedan is just the third B7 model from the German automaker to be imported into the United States. While in Europe Alpina has its own dedicated dealerships, in America the brand uses the dealership network of BMW, which means the B7 is sold alongside the BMW 7 Series. The current version of the model debuted in 2016 at the Geneva Motor Show and received a comprehensive facelift earlier this year. One of the last pre-facelift examples to be built was just delivered to a customer in the U.S. – and it’s gorgeous. Or – is it really?

It’s a one-off B7 finished in what Alpina calls Mint Green paint with a contrasting Merino leather in the cabin. It’s definitely not for everyone – honestly, if we were specifying our own B7, it will probably feature a darker shade of blue or green, but obviously, this car represents someone else’s configuration and it’s always great to see some individuality. According to BMW of New York, you’ll be able to spot this particular B7 in The Hamptons this summer.

Regardless of the color, the B7 is a truly stunning performance sedan. Under the hood is a 4.4-liter twin-turbo V8 engine, good for 600 horsepower (447 kilowatts) and 590 pound-feet (800 Newton-meters) of torque. The motor is mated to an eight-speed automatic transmission, identical to what the standard 7 Series uses, but featuring reprogrammed software for faster shift times. Power from the engine reaches all four wheels through a recalibrated xDrive system borrowed from the 750i