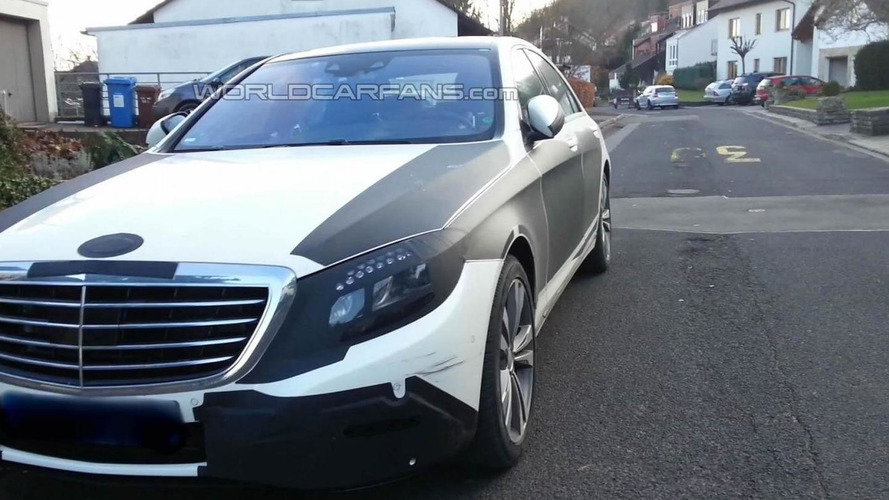 A WCF reader has sent us these photos of a 2013 Mercedes-Benz S-Class prototype. To be launched in a few months.

A WCF reader from Germany has sent us these photos of a 2013 Mercedes-Benz S-Class prototype.

This is the first time when we get to see the new S-Class this close and we catch a glimpse of its interior cabin. Set to be unveiled later this year, the new flagship model in Mercedes' range will adopt the Aesthetic S design language. Expect to see a sculpted hood, LED-infused headlights, bigger grille, CL-inspired taillights and a dual exhaust setup.

The interior of the new S-Class will boast two large LCDs, one for replacing the analog instruments and the other will be a multifunction touchscreen display to control climate, satellite navigation, communication and entertainment systems.

Special thanks to A. for sharing!