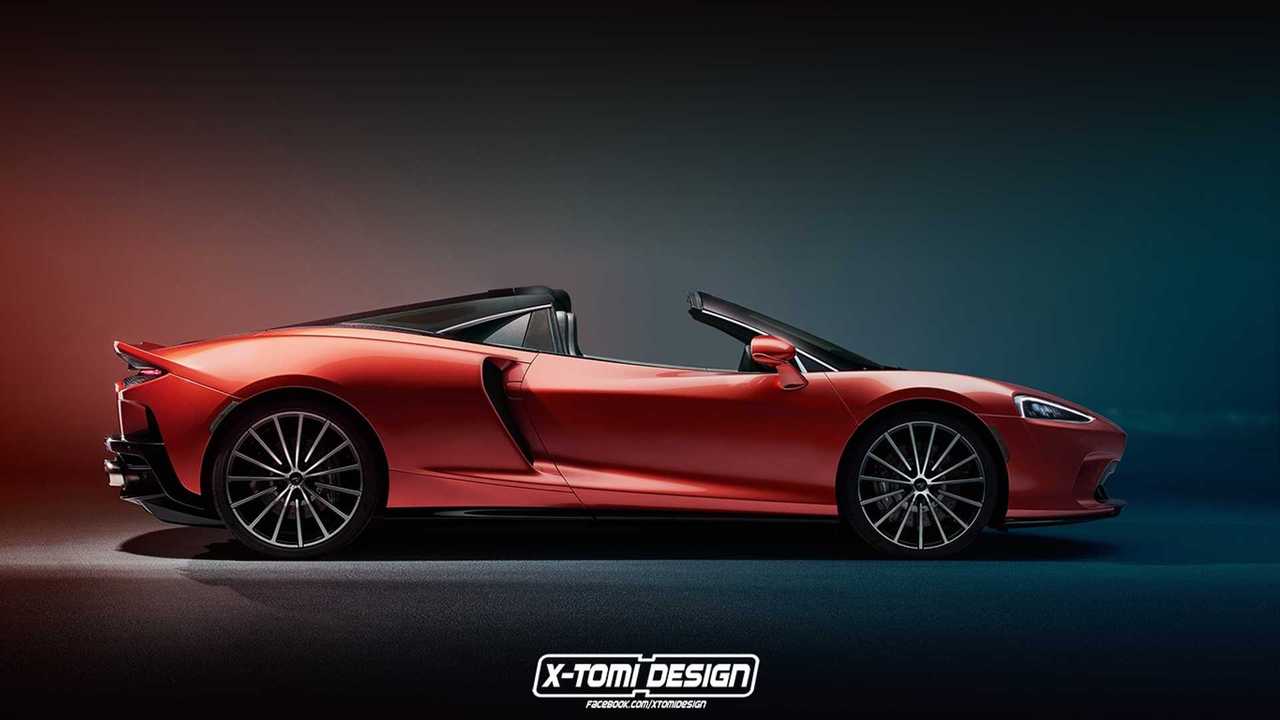 There would be no roof, so check the weather before going for a drive.

A hardcore McLaren speedster is allegedly on the way as the company's effort to offer the ultimate in open-air driving enjoyment, according to an unnamed insider speaking to Autocar. The vehicle wouldn't come with a roof as part of its purity of purpose and in order to keep weight down. Note, the image above is a rendering of the McLaren GT with no roof, not a view of the upcoming speedster.

The McLaren speedster has a "fluid" design, according to the insider. The flowing shape sounds somewhat similar in spirit to the Speedtail but with a design that lacks a roof. For some panache when entering or exiting the cabin, there are allegedly butterfly-opening doors.

While not a purely track-focused vehicle, the speedster would still likely be plenty of fun to drive. Expect it to use the brand's 4.0-liter twin-turbo V8 without any hybrid assistance and place the engine in a vehicle that might weigh even less than the Senna.

The new vehicle would allegedly have a production run of fewer than 500 units, according to Autocar. Expect a price of around 1.5 million pounds for them ($1,874,355 at current exchange rates). Speedster production would likely begin after building the Speedtail ends sometime in late 2020 or early 2021. The debut could come sooner than that, though, because McLaren often premieres limited-run vehicles before assembly actually starts in an effort to fill the order books.

McLaren's lineup is currently in a state of transition by proceeding through a product plan to introduce 18 new models and derivatives through 2025. By that time, the company wants its entire range to have hybrid powertrains. The company's electrified setup would have enough battery capacity to allow for 30 minutes of all-out driving at the track.