After that, you might have to pay, or maybe not.

There's a nice perk for 2020 Toyota Supra buyers because the automaker is giving them four years of Apple CarPlay functionality for free. This might seem odd because many automakers, including Toyota, have no annual fee for the smartphone pairing tech, but BMW charges $80 a year for the functionality. Since Toyota elected to give the new Supra a BMW-sourced infotainment system, it previously wasn't clear whether there would be a fee getting for Apple CarPlay.

"I followed up on this and was told that Toyota is offering Apple CarPlay compatibility to Supra customers for a 4-year trial period," spokesperson Nancy Hubbell told Motor1.com. "Specifics regarding future subscription fees will be available at a later date."

Whether or not Toyota intended to charge for Apple CarPlay was previously unknown. When Motor1.com Senior Editor Jeff Perez attended a driving event for the 2020 Supra prior to the coupe's debut, Jarrod Marini, Customer Care Senior Analyst (Connected Technologies) at Toyota North America said: “We haven’t decided yet." The company was still negotiating a solution at that time.

Is The New Supra Really Super? 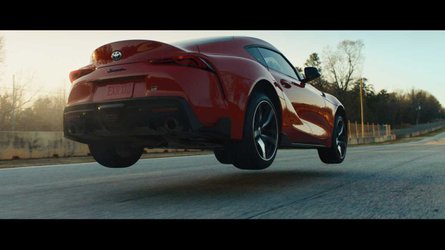 Apple CarPlay doesn't come with the base Supra's 6.5-inch infotainment display. To get the functionality, a buyer has to opt for the 8.8-inch screen that comes on the more expensive Premium and Launch Edition grades.

BMW began charging for CarPlay in 2018. Buyers get the functionality for free for the first 12 months. Afterwards, there is an $80 charge for another 12 months of access to it. Customers can also pay $300 to unlock CarPlay for 240 months.