How Much Power Does The Ford GT Really Have? Dyno Test Answers

Guess what? It's more powerful than stated.

Some of the manufacturers in the automotive industry often report lower output numbers for their engines for various reasons. One of the companies also having this habit is BMW and we know most of its motors pull out significantly more horsepower than advertised. It turns out that Ford is also reporting lower figures for the output of its GT supercar. Here’s the story.

In factory form, the 3.5-liter V6 EcoBoost twin-turbo engine of the new GT delivers 647 horsepower (482 kilowatts), delivered to the rear axle through a seven-speed dual-clutch gearbox. That’s the output measured at the crank, which means the power at the wheels should be somewhere in the region of 550 hp (410 kW). 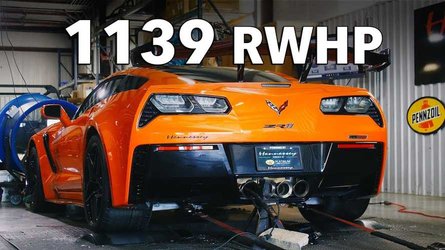 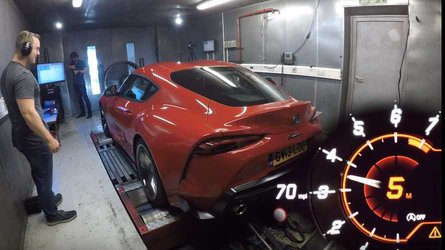 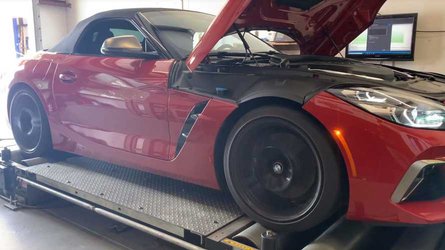 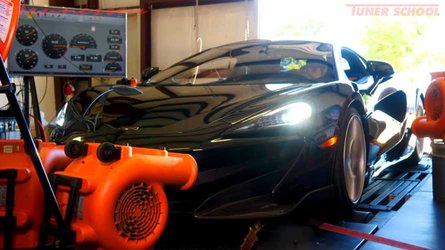 Our friend Shmee150 decided to test his Ford GT on the dyno and discovered it’s actually generating significantly more power than officially claimed. The car made approximately 590 hp (440 kW) at the wheels running on 93-octane fuel with “fairly worn Sport Cup 2 tires and the European spec GT export exhaust.” Doing the simple math, it means the output at the crank should be around 650 to 680 hp (485 to 507 kW), at least.

It’s a bit different story with the torque but the numbers are still good. In fact, the figures measured at the dyno match the specs released by Ford – 550 pound-feet (746 Newton-meters) at the wheels. It will be quite interesting to see what’s the power of the GT Mk II, which, at least on paper, has 700 hp (522 kW)

Shmee150’s new video takes us to Fabspeed’s workshop, where he also checks out custom exhaust projects for different supercars, including “a thunderously loud Audi R8 V10 and a complete project that Fabspeed have done with a McLaren MP4-12C.” If you watch the video until the end, you’ll also get to see parts of the process of building a performance exhaust system for a supercar.