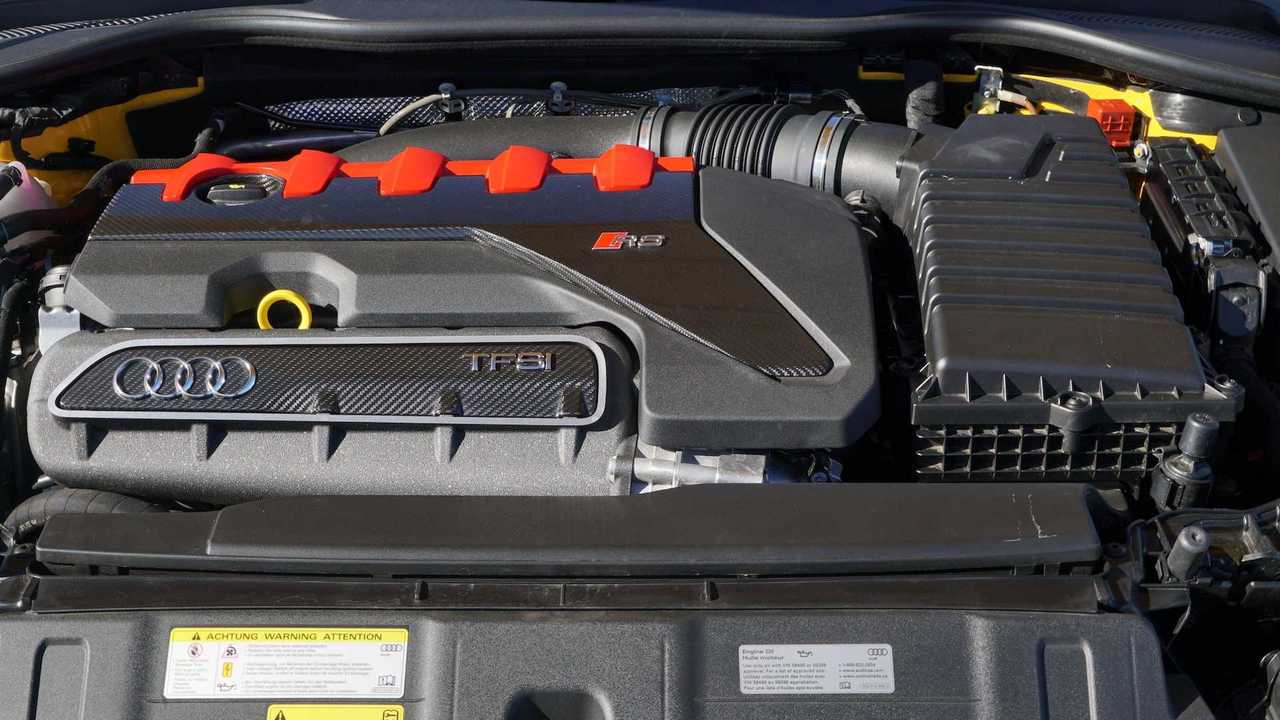 The engineers have figured out a way to make the 2.5-liter unit comply with future stricter emissions regulations.

Audi dominated the International Engine Of The Year Awards in the 2.0- to 2.5-liter displacement class for nine consecutive years before being dethroned in 2019 by Porsche’s flat-four turbocharged 2.5-liter unit powering the Boxster S and Cayman S. If you’re a fan of Audi’s five-cylinder, you’ll be happy to hear the engine is sticking around despite the downsizing trend.

Some folks had been worried stricter emissions laws like the upcoming Euro 7 regulations would force Audi to kill off the 2.5-liter five-cylinder to replace it with a smaller 2.0-liter four-banger, but that’s not going to happen in the foreseeable future. The reveal was made by Audi Sport’s managing director, Oliver Hoffmann, in an interview with Australian magazine WhichCar.

The boss of Audi’s go-faster division is confident the five-cylinder mill will fully comply with more stringent regulations as the division he’s running has a “very, very good concept to reach those standards.” His sentiments were echoed by Audi Sport’s product planner, Annette Möllhoff, who mentioned the 2.5-liter engine represents the “number one unique selling proposition” in cars like the RS3 and TT RS.

Audi Sport’s technical project manager, Sebastian Grossert, told WhichCar they’ve been working on making the engine compliant with tougher regulations for about a year to make sure they’ll be able to install it in next-generation cars. These will include not just the usual RS3 Sportback and RS3 Sedan, but also the Q3 RS and the new RS Q3 Sportback we spotted just yesterday.

One way to make the five-cylinder meet with stricter regulations is to electrify it by implementing a mild hybrid system, while cylinder deactivation tech and a belt-driven starter/generator also represent a possibility.

With Audi Sport promising to keep the 2.5-liter engine alive, we’re back to wondering whether VW will finally launch that five-cylinder Golf R they’ve been teasing for years. Fingers crossed it will happen for the hatchback’s impending eighth generation.

A Five-Cylinder Crossover Is Coming:

2020 Audi RS Q3 Spotted With Wide Body At The Nurburgring