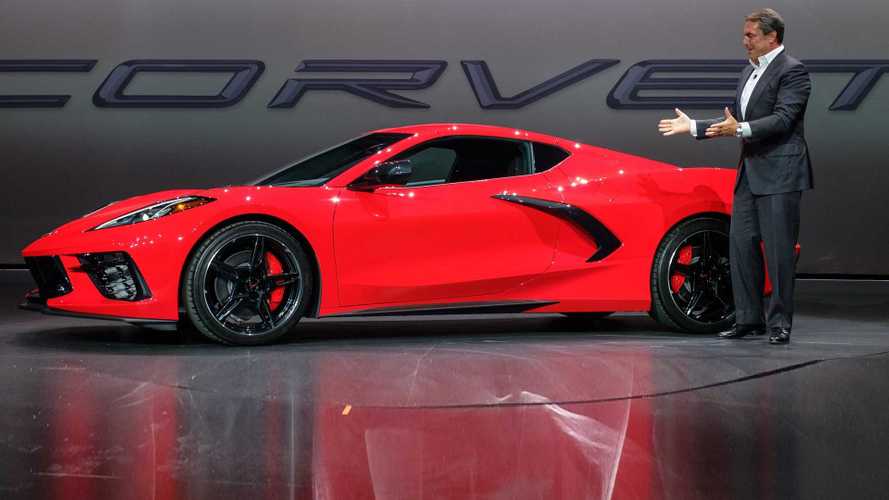 A “portfolio” of Corvette models will help spread out costs.

One of the greatest mysteries surrounding the 2020 Chevy Corvette is how, exactly, General Motors was able to keep its starting price under $60,000. The current C7 Corvette Stingray, this generation’s entry-level offering with 455 horsepower (339 kilowatts), starts at $55,900. And yet, according to GM, the C8’s starting price could be within a stone’s throw of the C7. Motor Authority, also curious about the mental mathematics needed to justify the low starting price, asked GM how it kept the price so low.

Get Up To Speed On The C8 Corvette:

Chevrolet Corvette C8 Buyers Can Customize Their VIN For $5K
⠀

General Motors president Mark Reuss told the publication the automaker would spread out the C8 Corvette’s cost over an expanded future lineup. Just like the C7, the C8 will have a “portfolio” of models. The new 2020 Corvette Stingray is just the beginning. Rumors of a hybrid and plug-in model are already swirling online. And there are rumors GM could expand the Corvette model into a brand with a sedan, SUV, and Corvette-based Cadillac offering. That’d be one way to spread development costs. Reuss also pointed to GM’s new Global B electrical platform as another reason for the price.

The C7 Is Still Around:

Corvette Chief Engineer and Vehicle Line Manager Tadge Juechter attributed the C8’s remarkably low starting price to GM’s economy of scale, which allows the automaker to provide a lot of content in the vehicle without having customers pay for extras. Being part of a larger company has its benefits, according to Juechter.

However, it’s unclear if the sub-$60,000 price tag will be enough to entice new customers to the Corvette brand. The car has an aging customer base, and no brand automotive or otherwise can survive under such conditions. However, the sports car market isn’t precisely exploding right now, and that could lead to the C8 getting a very shaky sales start. Then again, while the sub-$60,000 price tag has garnered plenty of headlines, it’s unlikely it’ll start well below that figure. Add a few options, such as the Z51 Performance Package, and the price could easily jump to the mid-$60,000 range or more.