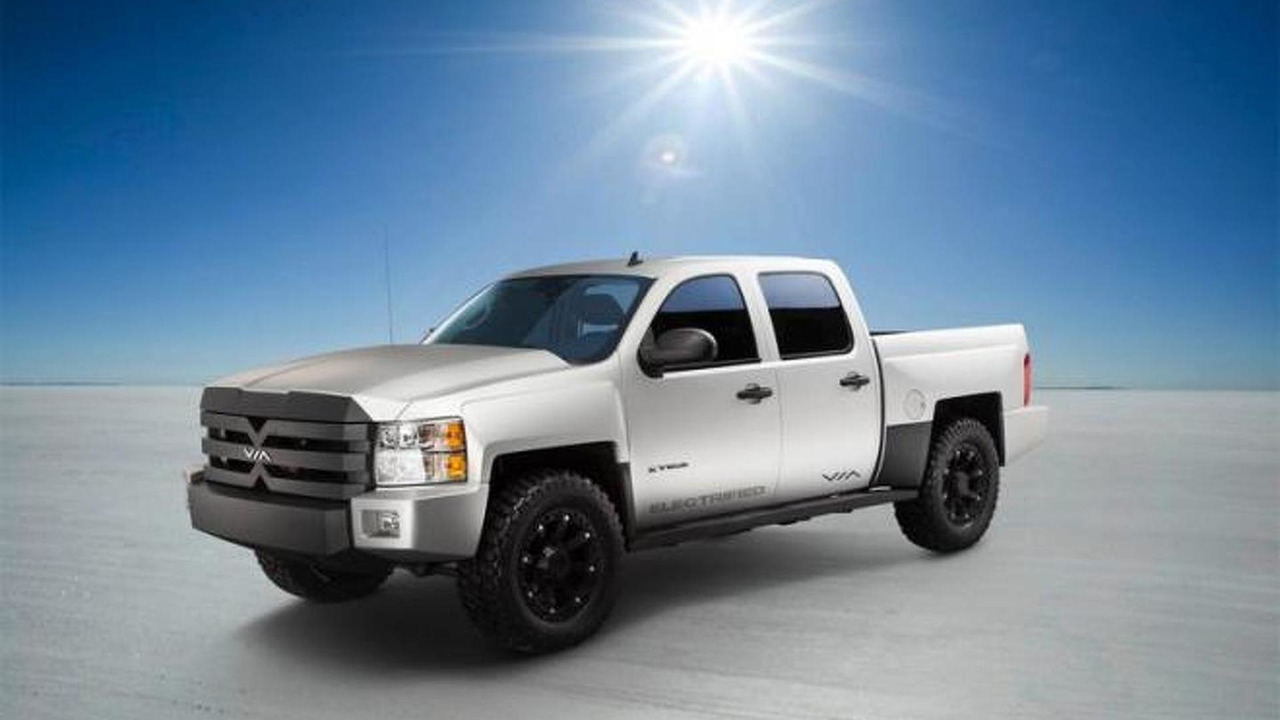 VIA Motors has unveiled in Detroit the X-Truck plug-in hybrid. Converted from a 2013 Chevrolet Silverado.

VIA Motors has unveiled in Detroit the X-Truck plug-in hybrid, following an announcement made last month.

Converted from a 2013 Chevrolet Silverado, the X-Truck was redesigned by ex-GM vice chairman Bob Lutz who participated directly in the development of the vehicle. Promising to offer the "fuel economy of a Prius", the concept comes with modified running boards, fender flares and different wheels. Compared to the regular Silverado, the vehicle has been raised by 5 inches.

Although EPA figures are not available yet, VIA Motors says it will do "over 100 mpg in typical local daily driving." At its heart is a V8 5.3-liter engine from General Motors and a 24 kWh, lithium-ion lithium-cooled battery pack. In electric mode it has a maximum range of 35 miles (56 km), while the generator kicks in when the battery drops below the 20 percent level. Once it reaches 25 percent, the generator is automatically deactivated.

The first production model coming from VIA Motors is slated for a mid-2014 launch and will use a hybrid drivetrain consisting of an electric motor mated to a V6 4.3-liter engine churning 402 hp (300 kW).