Saleen has a long, colorful, and at times contentious history in the automotive realm. From modified Ford Mustangs to the wicked S7 supercar and the current S1, the company has certainly turned out some impressive performance machines. While just about everyone in the auto business was focused on the C8 Chevrolet Corvette’s debut, Saleen was in Bejing with its Chinese partner Jiangsu Secco Automobile Technology Corporation. In a very lengthy presentation, four vehicles for the Chinese market were paraded to a packed stadium, two of which are brand new and, well, a bit different from what we’re used to seeing from the tuning company.

According to a Facebook post from CarNewChina.com, the new offerings are an SUV and an electric microcar. We don’t have official names for these machines – in fact, we don’t have any official information from Saleen on the nature of these models, though we have reached out to the company for more information. Per Greg Kable on Twitter, the people mover is dubbed the Saleen MAC. The microcar is called the Maimai, wielding a 107-horsepower electric motor with a range of 190 miles. Both will be built in China along with the S1.

Technically, Saleen showed three new vehicles at this event, though the third car isn’t really new, nor is it something for the masses. An amped-up version of the company’s 19-year-old S7 supercar is said to make 1,500 horsepower from a twin-turbo 7.0-liter V8 and have a top speed of 298 mph. Seven of these cars are slated for production, and according to Jalopnik, all have already been built in California. As for the top speed, we’ll assume that’s estimated since we’ve heard nothing about production car speed records being broken. Saleen also showed off its S1 supercar at the event, the entirety of which you can watch at the top of this article. Or peruse our gallery of screenshots to get the gist of the ceremony.

Saleen is certainly capable of producing some impressive machines, but the company has also endured multiple partnerships and extensive financial woes. Entering the Chinese market with an SUV and a city car can certainly help in the revenue department, and having a 1,500-hp halo car to help market the brand doesn’t hurt. Neither does Jason Statham, who makes a cameo as a spokesperson for the brand. Whether the SUV will be available stateside remains to be seen, but we do have questions into Saleen and we’ll update the story if we receive new info. 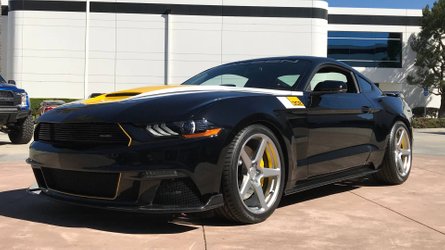 Saleen Automotive Is Back In Black With 35th Anniversary Mustang
⠀ 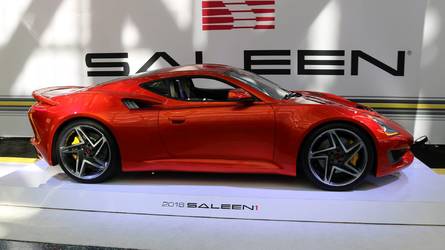