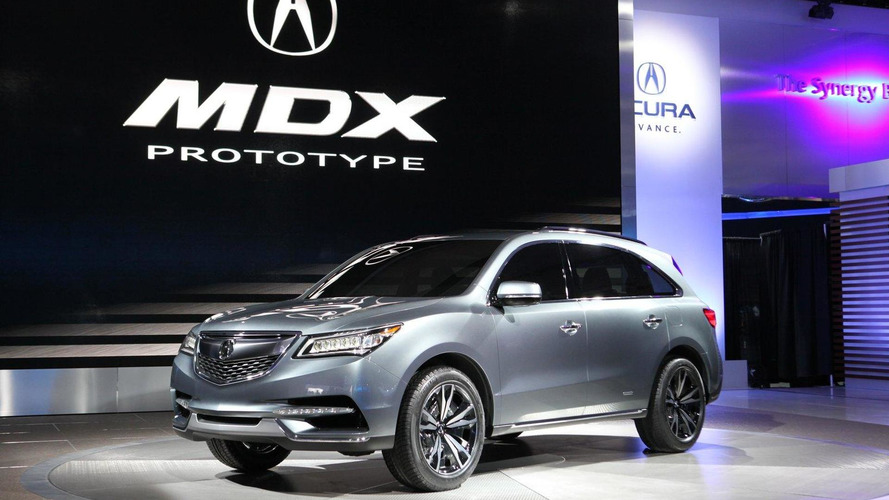 Acura has officially unveiled the MDX prototype at the North American International Auto Show. It previews the production model that will go on sale later this year.

Designed to preview the production model that will go on sale later this year, the concept has an evolutionary design which incorporates "Jewel Eye" LED headlights and large shield grille. The model also has aluminum accents, roof rails and a tailgate-mounted spoiler.

Detailed specifications were not released, but Acura says the model is powered by a 3.5-liter V6 engine that provides "performance and driving comfort appropriate for a luxury SUV." That's a little vague, but the engine will likely have an output of 310 hp (231 kW) and 272 lb-ft (368 Nm) of torque.

The 2014 Acura MDX will be introduced in mid-2013, so look for a possible debut at the New York Auto Show.