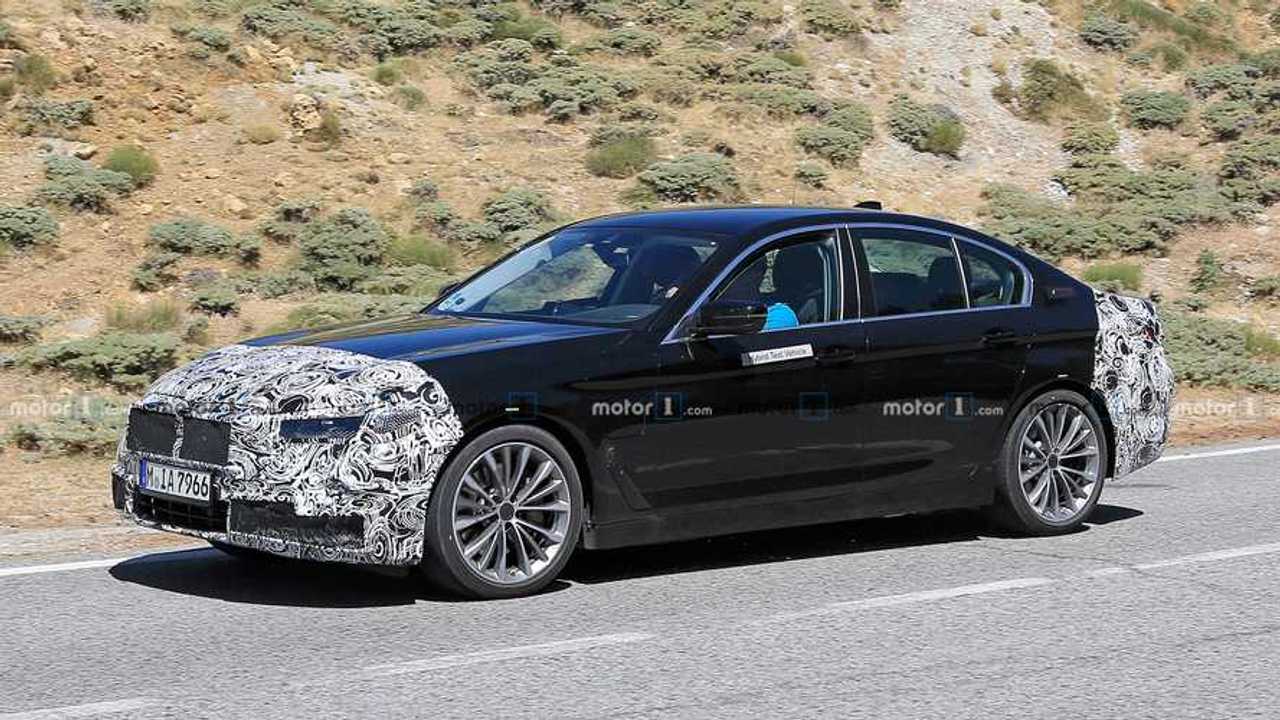 The outlet door on the front fender is a dead giveaway.

The current-generation BMW 5 Series hit the scene for the 2017 model year. We caught our first glimpse of its forthcoming facelift earlier in July, and now we have a new set of photos showing the sedan enjoying some beautiful mountainous European scenery. There’s more to this tester than just a fresh face, however. We’re rather confident this is the new plug-in hybrid model that could become the 545e XDrive.

How do we know this? For starters, there’s a bright white sticker on the door labeling this machine as a hybrid test vehicle. Yes, there is a 530e xDrive available now with a plug, but it’s not boasting a terrifically meaty powertrain. This is significant, because it likely means the 5 Series will gain the same setup used in the larger 745e xDrive iPerformance. It will almost certainly be detuned somewhat for the smaller model, but that still means a 3.0-liter turbo six infused with electricity to produce an estimated 375 horsepower (280 kilowatts).

As for the design changes, the big question right now is whether the kidney grille will grow as we’ve seen on other recent Bimmers. We’re still early in the spy game for this mid-cycle refresh, so the camo coverings front and rear haven’t changed since our initial sighting. That means we don’t have a definitive answer just yet, but our initial impression is yes.

Looking closer at the front of this test vehicle, outlines for the grille seem just a bit wider and a touch deeper into what should be a significantly altered fascia. However, we also know BMW is further hiding details with false panels behind the wrap, so until some of the coverings drop away, we’re left to speculate. Changes at the rear appear to be less dramatic, with new taillights and perhaps small differences to trim being the only updates.

It’s not surprising to see changes like this from BMW endure a lengthy gestation from testing to production. As such, we suspect this will be a 2021 model, debuting mid-to-late next year.