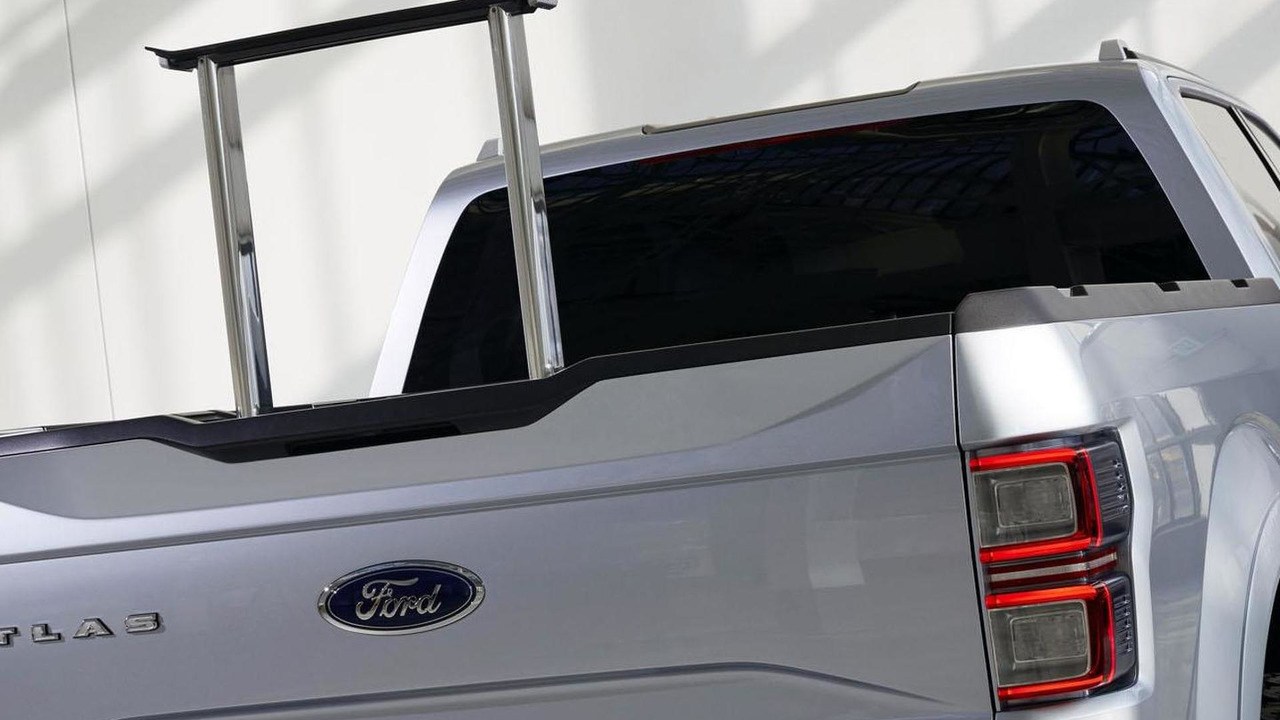 America's best-selling pickup is about to be redesigned and Ford is previewing the model by introducing the Atlas concept at the North American International Auto Show.

America's best-selling pickup is about to be redesigned and Ford is previewing the model by introducing the Atlas concept at the North American International Auto Show.

Sporting evolutionary styling that is heavily influenced by the F-250 and F-350, the Atlas embraces the "Built Ford Tough" image with a prominent grille, bulging fenders and off-road tires. There's also LED headlights and a tailgate with an integrated spoiler. Even the cargo box was given an overall as engineers equipped it with multiple tie-down points, hidden extendable ramps and a 110V power outlet.

The cabin has a familiar design but is equipped with premium leather seats, contrast stitching and metallic accents. While the production model will lose the high-end amenities, Ford says we can expect additional rear seat legroom and controls that can be easily operated with gloves on.

In the tech department, there's a variety of new systems that make driving a pickup easier. Key among them is a new 360 degree camera and a Dynamic Hitch Assist system which precisely lines up the truck’s hitch with a trailer coupling.

Power is provided by a next-generation EcoBoost engine which features direct injection, a turbocharger and a start/stop system. It promises to deliver fuel-economy gains of "up to 20 percent" when compared to "larger-displacement engines."

To further maximize fuel-efficiency, the Atlas has an active shutter grille, active shutter wheels and a drop-down front air dam that automatically lowers at highway speeds. Ford estimates these tweaks will enable the model to gain an additional 2 mpg highway (US).