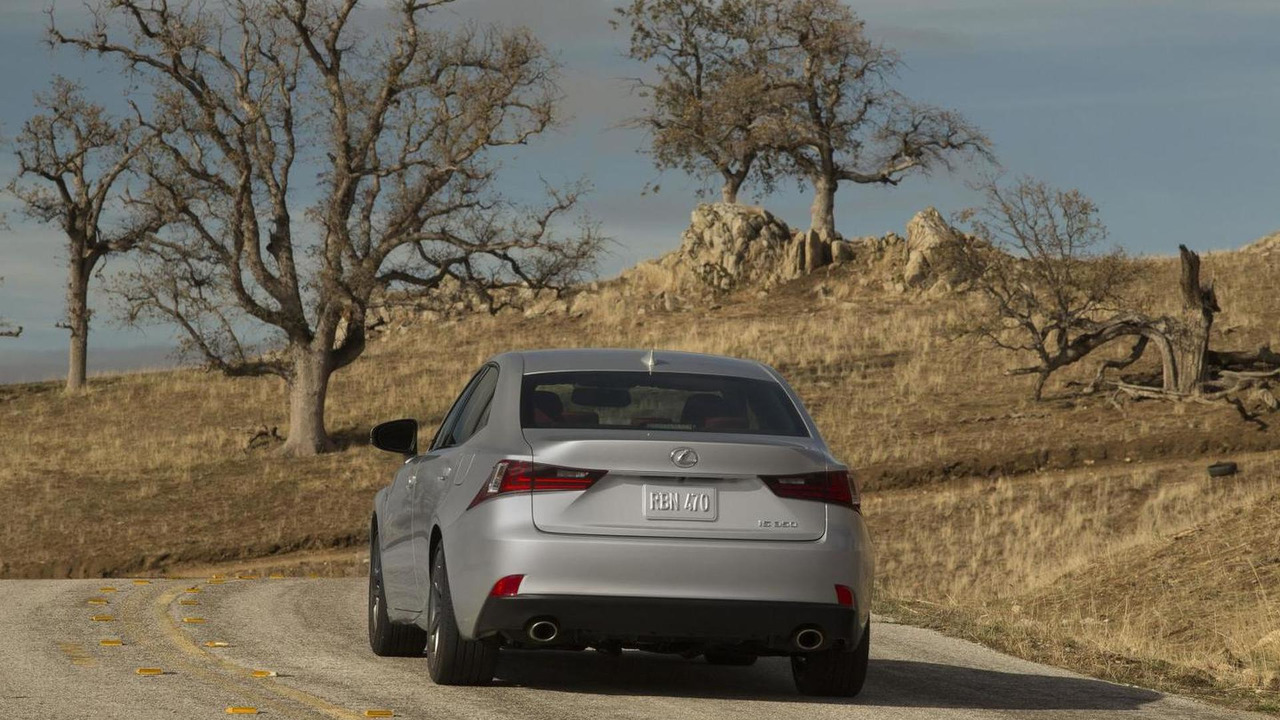 Lexus has officially revealed in Detroit the 2014 IS including the F SPORT variant. Arriving mid 2013.

Lexus has officially revealed in Detroit the all-new 2014 IS including the F SPORT variant.

The IS 350 RWD will feature an 8-speed automatic transmission carried over from the IS-F, promising fast shifts, full torque converter lockup and throttle blips when in manual mode. The new IS comes with the Drive Mode Select system offering up to four switchable driving modes: ECO, NORMAL, SPORT and SPORT S+, with the latter being available only on the IS 350. Lexus has revised the front double wishbone suspension while at the back it takes the same multi-link system layout from the GS.

The boot size has increased to 480 liters for the regular models while the hybrid variant offers 30 liters less. Thanks to an almost three-inch longer wheelbase and thinner front seats, the rear knee room has been increased by three inches.

The F SPORT version is distinguished by the different spindle front grille and bumper, bespoke 18-inch alloys and retuned suspension and steering systems. This model can be optionally ordered with the Adaptive Variable Suspension. Inside it has an F SPORT shift knob and steering wheel, scuff plates with the brand's logo and aluminum pedals.