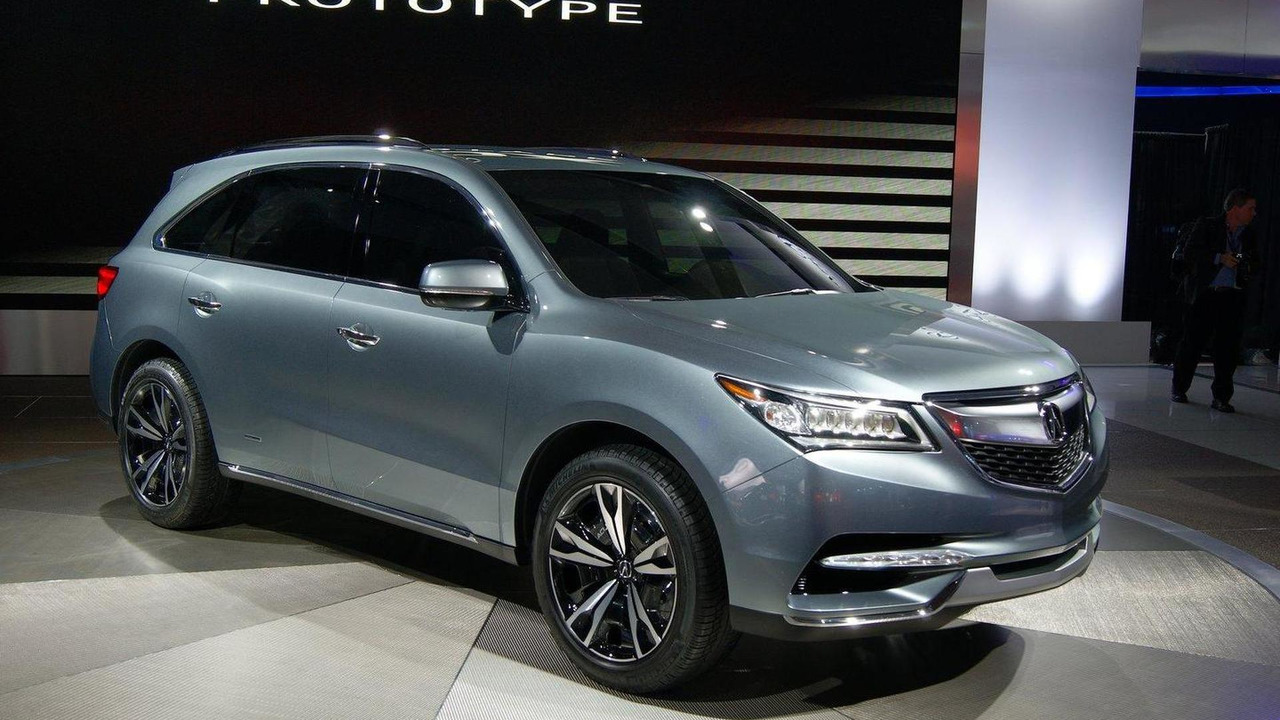 Official photos with the 2014 Acura MDX prototype are now available, before the car's debut today at NAIAS.

Official photos with the 2014 Acura MDX prototype are now available, before the car's debut today at NAIAS.

Following last month's teaser sketch, we now get to see the new MDX prototype which appears to be production-ready. The crossover adopts the "Aero Sculpture" language design featuring an angular front bumper, prominent air intakes and a smaller grille. We also notice the bulging fenders, creased hood, sloping roofline and plenty of LEDs in the front.

Technical details are not known for the moment, but chances are the MDX will be powered by a V6 3.5-liter engine developing 310 hp (231 kW) and a peak torque of 272 lb-ft (368 Nm). A hybrid variant is also possible, featuring the same V6 engine and three electric motors providing a combined power output of 370 hp (276 kW).

We will have more details later today when the MDX is revealed in Detroit.