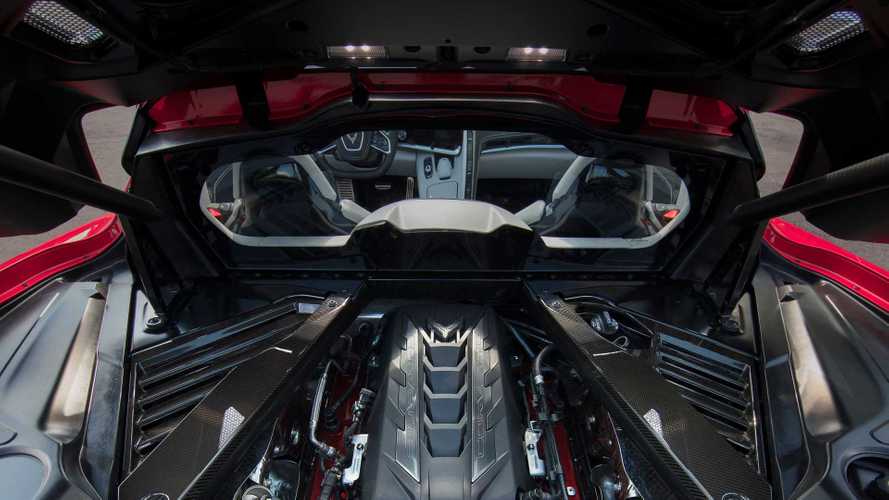 After all that testing, an engineer never opened up the throttle to see how fast the Corvette went?

While we know a whole lot about the 2020 Chevrolet Corvette after the model's recent debut, its top speed still remains a mystery. The reason that the public doesn't know the new 'Vette's maximum velocity is that Chevy isn't sure either, according to GM Authority.

"We are not releasing all performance data at this time. We’ll have more to share in the future," Chevy spokesperson Kevin Kelly told Motor1.com when asked about the Corvette's top speed.

What's for certain is that the 2020 'Vette uses new 6.2-liter V8 with the internal designation LT2. The powerplant makes 495 horsepower (369 kilowatts) with the optional Z51 Performance Package. Running through an eight-speed dual-clutch automatic gearbox, the coupe can reach 60 miles per hour (96 kilometers per hour) in less than three seconds.

While we don't yet know how fast the 2020 Corvette can go, signs point to it being quite a driver-friendly vehicle. The new mid-engined layout allows for a lower hood and cowl for improved visibility out the rear. The instruments now have a fighter-plane-like layout where the most important elements surround the pilot. Plus, the available Z51 Performance Package adds bigger brakes, improved cooling, a better flowing exhaust, and the extra option of adding the latest version of the Magnetic Ride Control suspension.

Chevy says that the C8 starts at less than $60,000, but loading the car up with options should take the figure significantly higher. Deliveries should start before the end of the year. However, if you want to see the 'Vette before then, the car is making appearances at a dealer tour and other events throughout the rest of the year.