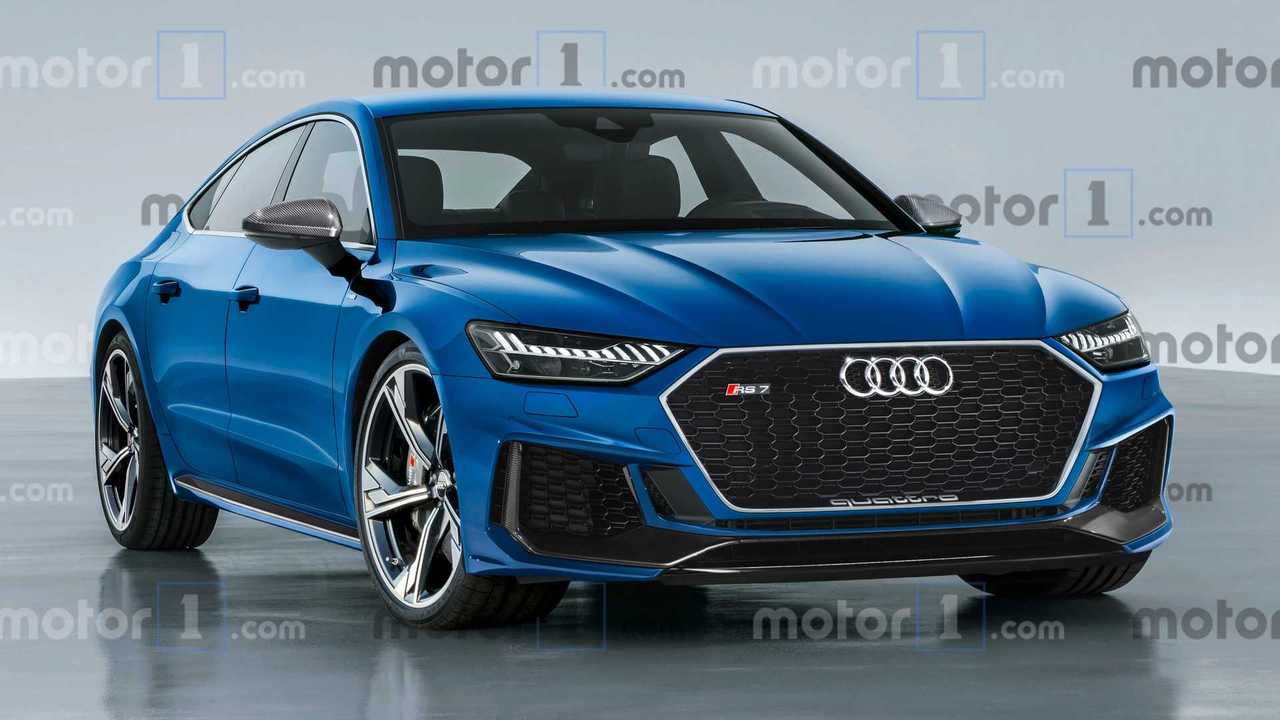 It'll do battle with the Mercedes-AMG GT 4-Door Coupe.

Say what you will about Audi’s obsession with SUVs, but the company is simply giving people what they want to make a nice profit at the end of the year. It’s not like newly added high-riding models like the Q2 or Q8 are killing conventional hatchbacks and sedans such as the A3 and A8, so there’s really no harm in trying to reach a broader audience with a wide variety of models. Ok, the TT and R8 face an uncertain future, but the whole sports car segment is losing popularity.

Speaking of niches, Audi is a fan of swoopy sedans by offering the A5 and A7 Sportback, although these are technically hatchbacks. Both have been available for quite some time in S guises, with the smaller of the two gaining in 2018 the RS treatment for the first time. The previous-gen RS7 has been doing battle with the Mercedes CLS 63 AMG and BMW M6 Gran Coupe, but in the upcoming new iteration, it will have to compete with the AMG GT 4-Door Coupe and the M8 Gran Coupe.

We’ve tried to render the RS7 Sportback ahead of its official reveal expected to take place in the coming months. Having seen the new S7 Sportback and knowing how Audi Sport’ subtly updates a car’s design for the full-fat RS guise, it’s not that difficult to imagine how the Porsche Panamera Turbo competitor is going to look like once it will be unveiled.

Those fat air intakes at the front hint at a powerful engine lurking from underneath the sleek hood where we’re expecting a twin-turbo 4.0-liter V8. No diesel shenanigans like in the new Euro-spec S7. The old one in RS7 Performance flavor offered nearly 600 horsepower, and chances are the next-gen model is going to have roughly the same in base guise. Rumor has it a hybrid variant due to arrive later in the life cycle will up the power ante to nearly 700 hp by getting the Panamera Turbo S E-Hybrid’s powertrain, but we’ll believe it when we’ll see it.

Meanwhile, the standard RS7 Sportback might make an appearance at the Frankfurt Motor Show in September as an AWD- and automatic-only beast like the closely related RS6 Avant super wagon.