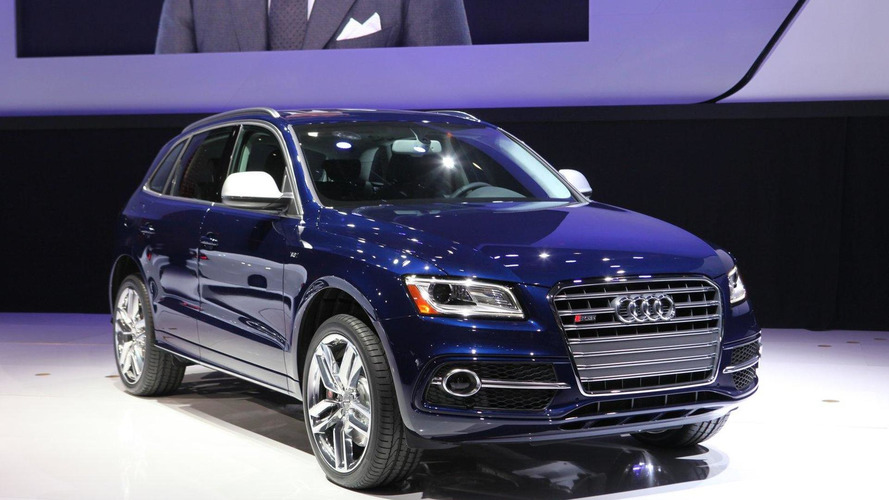 Audi's TFSI-powered SQ5 has made its debut at the North American International Auto Show.

Audi's TFSI-powered SQ5 has made its debut at the North American International Auto Show.

Those ponies are sent to the firm's quattro AWD system with the help of an eight-speed tiptronic transmission. The high-performance crossover rides on a 1.2 inches (30mm) lowered chassis and is offered as standard with 20-inch alloys wrapped around in 255/45 tires.

It will be available in U.S. dealerships in this quarter, followed by other regions of the world such as Russia, Argentina, Chile, Mexico, Brazil, Singapore, South Korea, Canada, Ukraine, China and South Africa.

A question arises: this or the SQ5 diesel ?