We visit one of the oldest Corvette events in the world to find out.

Chevrolet unveiled its completely new 2020 Corvette Stingray on Thursday, July 18. As luck would have it, the same day saw upwards of 400 Corvettes and approximately 1,000 ‘Vette fans roll into the small western South Dakota town of Spearfish for the 48th Black Hills Corvette Classic. This annual event is hosted by the Sioux Falls Corvette Club, and brings in Corvette owners from around the country to enjoy an incredible mix of mountain, canyon, and open prairie roads through the region. The four-day festival isn’t the largest celebration of America’s sports car, but having endured nearly as long as the Corvette itself, it’s one of the oldest. 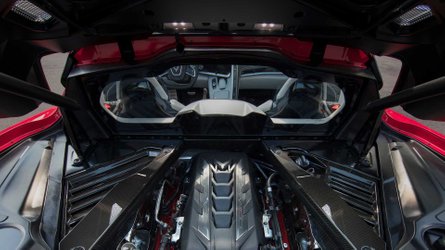 It also happens to be in the stomping grounds of yours truly, as I hold down Motor1.com’s western office in Rapid City, just 50 miles south of the action. More importantly, the Black Hills Corvette Classic is very much a driver’s event – the overwhelming majority of attendees arrive in Corvettes from the C5 generation on up, and yes, owners are predominantly of retirement age. In other words, this group is the prime audience GM hopes to reach with the new C8. Sort of, anyway. More on that in a bit, but here’s a teaser. My takeaway from this event can be summed up in two words: Cautious optimism.

While attending the event’s show-and-shine in downtown Spearfish, I had the opportunity to chat with Sioux Falls Corvette Club Board Member Barry Konken. Aside from selling Corvettes and having a deep 'Vette passion inherited from his father, Konken is very active both with the club and the Black Hills Corvette Classic as an organizer. 2019 marks his 33rd year at the event, and this time around the group’s arrival to Spearfish coincided with the C8’s reveal. The livestream was on a big screen for attendees at the group's hotel convention center, and according to Konken, it was unlike anything he'd seen.

“We’ve never had the convention room full the first night we get out here,” he said. "We have a banquet and entertainment Saturday night that gets a crowd, but for the reveal, the convention center room was completely full. 800? 1000 people? The room was at max capacity.”

However, Konken further explained that once the car was revealed, roughly half the crowd left without listening to details about engine, performance, or price. Is that a bad omen for GM? Possibly, but logistics could be a factor here. The C8 didn’t take the stage until 9:30 PM local time, and most of the attendees had already spent a very long day on the road. And lest we forget, the average age for Corvette owners is 61, and that’s an average. I actually saw one person climbing out of a C7 at the car show with an oxygen tank in tow, so yeah, this mass exodus could simply be chalked up to exhausted retirees ready for a good night's sleep. 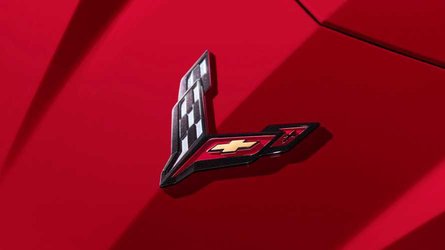 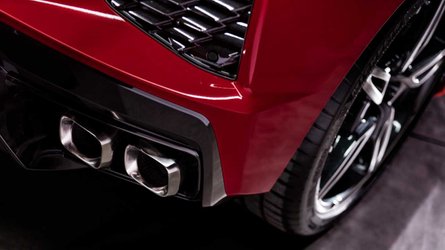 Still, cautious optimism seems to be the key phrase for current Corvette owners, at least among this crowd. Perusing the hundreds of ‘Vettes parked downtown, I had the opportunity to speak with dozens upon dozens of owners. Yes, that’s a very small cross-section in the grand scheme of things, but nearly all had the same things to say, and that's noteworthy. In short, the new C8 is a good-looking car – great looking in fact. Virtually everyone agreed on that, but I didn’t speak to a single person who was ready to buy one, despite a jaw-dropping entry-level price below $60,000.

I didn't speak to a single person who was ready to buy one, despite a jaw-dropping entry-level price below $60,000.

Why is that? The issue mentioned most was reliability. Nearly every person voiced concerns about GM getting all the bugs worked out, especially since this is a completely new vehicle. Some had heard the rumors about electrical problems in prototypes, but most were simply wary of jumping into a completely new mid-engined Corvette platform. Some people I spoke with expressed clear interest after a couple of years, but the majority of owners I spoke with were, well, cautiously optimistic.

I was also keen to learn if current 'Vette owners felt a car with the engine behind the driver was really a Corvette. In general, the responses I got to this question were favorable, if vague. For the most part, people were more interested in the car’s performance as opposed to engine location. That’s not to say there weren’t a handful of vocal detractors who want nothing to do with the C8. Actually, more people voiced displeasure about the C8 still not having round taillights than the mid-engine configuration, including the few younger Corvette owners attending the event (yes, they exist). Are you listening to this, Chevrolet?

On the subject of younger owners, here’s where things get dicey for GM and its new C8 Stingray. There’s absolutely no doubt that Corvette buyers are getting older, and without being morbid, it’s not feasible from a business standpoint to expect that demographic to grow. Yes, the Corvette needs to appeal to that older audience, but it also needs to appeal to a younger audience that might otherwise invest in a Porsche 911 or an Audi R8. The hard part is attracting that new audience without completely alienating the loyal,  existing customer base. That’s not an easy thing to do.

Will the C8 Corvette Stingray be able to bridge the age gap? To be blunt, it must if the Corvette hopes to survive. Exceptional performance and a low price will certainly help, and based on my evening with current Corvette owners in the heartland of America, there is some optimism that this could happen. Cautious optimism, anyway.