Chevrolet Corvette C8 Spied With No Camo On Public Roads 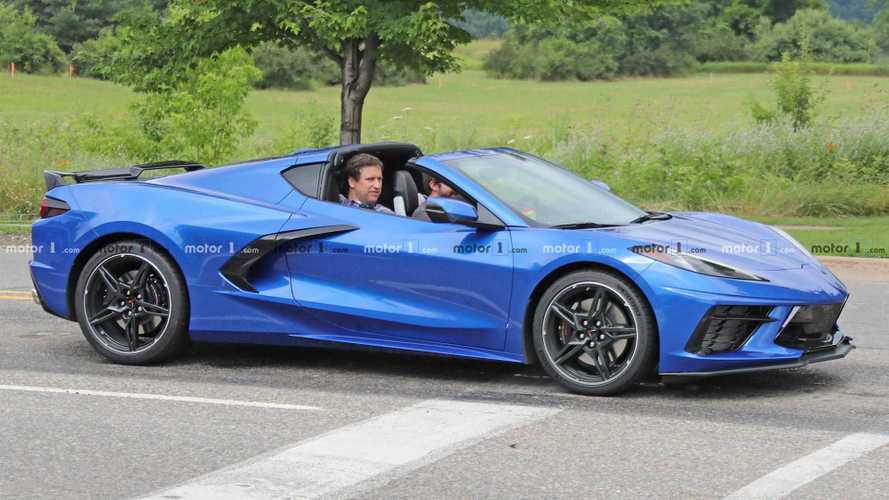 You can finally see the mid-engined Corvette in natural light and in the real world.

As of this writing, the Chevrolet Corvette C8's debut isn't even 24 hours old, but we are now seeing our first spy photos of the undisguised vehicle on public roads. Honestly, it sort of appears that the engineers are taking a victory lap now that they can finally take the new 'Vette onto the road without needing to conceal anything about the machine.

There are two C8 Corvettes to see in the gallery, and they are in very different specifications. The dark gray example lacks the Z51 Performance Package because the larger rear spoiler is absent, and it has smaller brakes. If you're not planning on driving the 'Vette hard very often, then this could be the perfect variant.

On the other end of the spectrum from the gray car's subdued look, the other Corvette is bright blue and has its roof panel off. Zoom in close to see the Z51 logo on the brake calipers, and this example has the larger wing, too. Other parts of the package include an extra rear-mounted third radiator, electronic limited-slip differential, and a revised exhaust capable of taking the engine output to 495 horsepower (369 kilowatts). With its eye-catching paint, dark trim, and additional go-fast parts, this is a 'Vette that could go for the occasional track day while still being a functional daily driver.

We don't yet officially know when Corvette C8 sales begin, but speculation puts the first deliveries before the end of the year. Prices start below $60,000 according to Chevy, but don't expect the figure to drop below the C7's base of around $56,000.