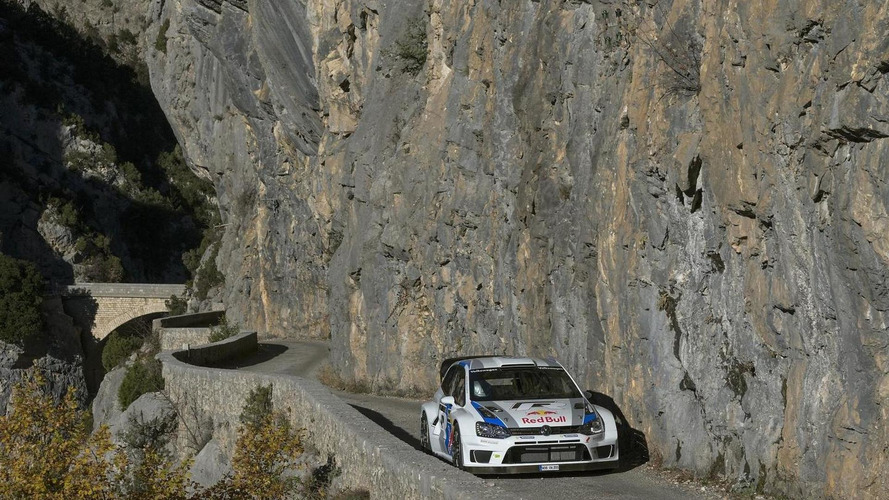 Volkswagen will be starting its WRC adventure on Wednesday when the Rally Monte Carlo commences.

Volkswagen will be starting its WRC adventure on Wednesday when the Rally Monte Carlo commences.

In the number 7 Polo R WRC will be Jari-Matti Latvala and co-driver Miikka Anttila, while inside the number 8 car will be Sebastien Ogier and Julien Ingrassia. The opening stage of Rally Monte Carlo is from Moulinon to Antraigues.

Developing the Polo R WRC took 17 months of preparations, 1,700 parts entirely designed and about 20,000 km (12,427 miles) of testing. The vehicle weighs only 1,200 kg (2,645 lbs) thanks to its carbon-Kevlar doors, tailgate and wheel arch extensions, along with an entirely stripped interior cabin.

Powering the Polo R WRC is a 1.6-liter, 4-cylinder TSI engine delivering 300 hp (224 kW) connected to a six-speed sequential gearbox. Compared to the stock model, the WRC version is 138mm wider with a width of 1,820mm. To improve weight distribution, the engineers from Wolfsburg had to move the seats to the back.