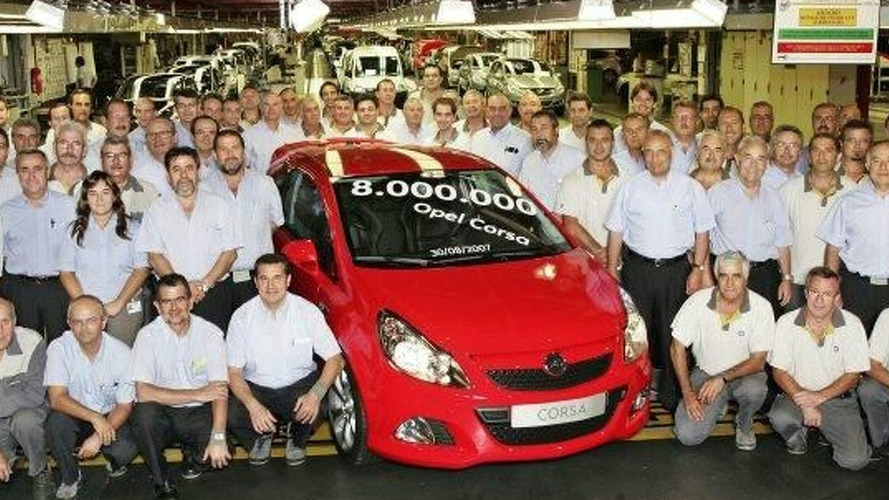 In 1982 General Motors started building the Opel Corsa in its Spanish plant at Figueruelas (Zaragoza).

And 8th millionth milestone in Spain

In 1982 General Motors started building the Opel Corsa in its Spanish plant at Figueruelas (Zaragoza). Now, 25 years on, the Figueruelas plant celebrates not only an anniversary but also its 8 millionth Corsa milestone, which happens to be a magma red Corsa OPC.

Only yesterday we brought you news that the Corsa OPC holds the Nurburgring record for its class which seems a fitting present from German headquarters. Together with Opel's plant in Eisenbach, Germany, the total number of Opel Corsa's produced is reaching ten million.

Over the years the Corsa has won over 20 awards in various categories and is now a cornerstone for rejuvenating the Opel brand. The Corsa is currently in its fourth generation and will be on show at the upcoming Frankfurt Motor Show in September as the Corsa Hybrid Concept with its new 1.3 CDTI, low emissions diesel engine combined with GM's new next-generation belt-alternator starter technology.