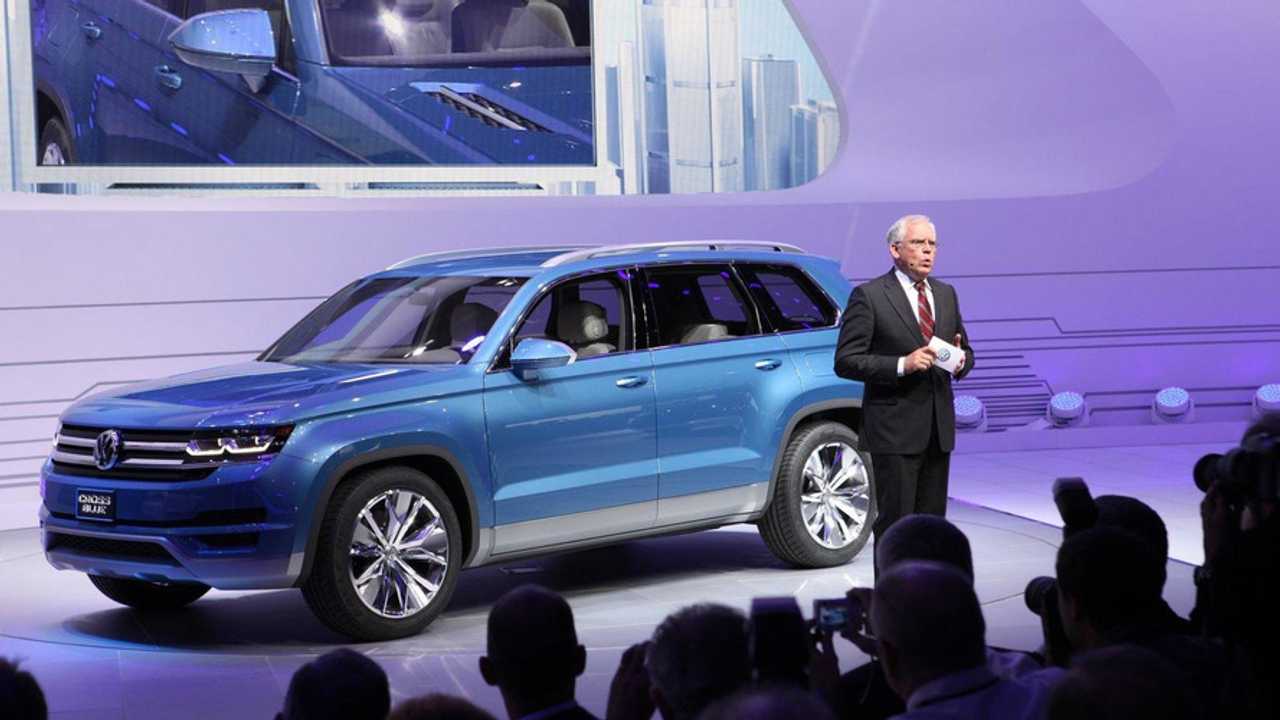 New details and photos with the Volkswagen CrossBlue Concept have emerged. To spawn a seven-seat production version

Following yesterday's teaser, now we bring more photos and additional details about the Volkswagen concept which will be known as the CrossBlue.

Designed especially for United States and Canada, the concept previews an upcoming model which will be positioned between the Tiguan and Touareg. It's based on the MQB platform and is 4986mm (196.3 inches) long, 2014mm (79.3 inches) wide and 1732mm (68.2 inches) tall. The concept has a 2+2+2 seating layout, but VW says the production version will be offered with a 7-seat configuration featuring a three-seat bench positioned in the middle row.

The setup includes an electric AWD system and a DSG dual clutch automatic gearbox. If this sounds familiar, it's the same configuration as in the Cross Coupe, but that one had a TSI gasoline engine with 148 hp (110 kW).

When the 9.8 kWh lithium-ion battery is fully charged, the CrossBlue Concept can run in electric mode for 14 miles (22.5 km/h) and offers a total range of 661 miles (1,064 km) with the 18.5-gallon tank filled with ultra-low sulfur diesel fuel. In electric mode, it returns 89 MPGe while in hybrid mode it achieves 35 mpg in the combined cycle.