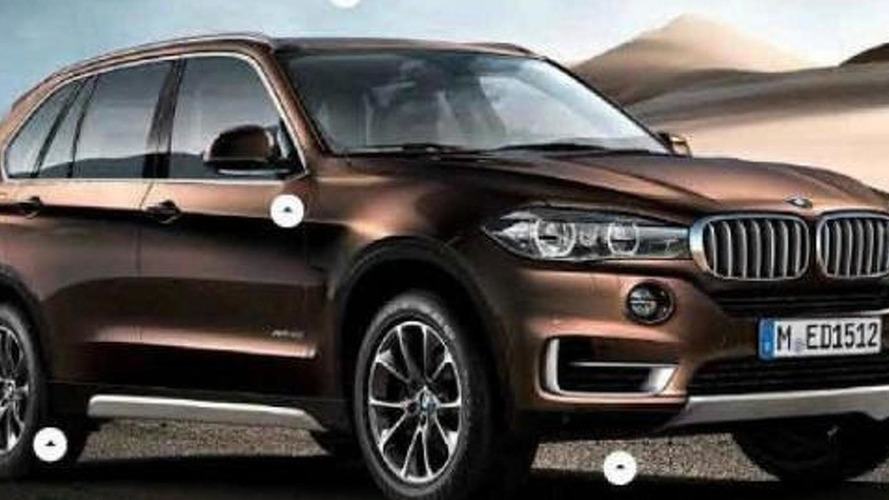 These are the first images with the 2014 BMW X5 ahead of its launch sometime this year.

These are the first images with the 2014 BMW X5 ahead of its launch sometime this year.

The third generation of the German SUV – codenamed F15 – has been spotted on a recently launched brochure of scale models made by Jadi Modelcraft. The photos were uploaded on the Facebook account of one of their dealers (Diecast Empire) and we get to see how the new X5 is shaping up.

If these images turn out to be accurate, the 2014 X5 will get the front fascia of the 3-Series,  with the air vents on both sides of the front bumper from the 4-Series, while at the back the taillights come from the X3. We already know the interior will be more premium and in the United States (at least) it will be offered with a third-row seating option.