Hammock Time: Roof Is Coolest Part Of This Rugged RV

Here's a motorhome for any adventure.

German motorhome builder Sunlight has a new, custom RV that's specifically for folks who are into outdoorsy sports like mountain biking, skiing, mountain climbing, and hiking. Based on an all-wheel-drive Fiat Ducato van (better known as the Ram ProMaster in the United States), the rig should be able to get adventurers to anywhere that they want to go.

The exterior of the motorhome features a variety of touches for worked better off-road. For example, the front bumper has reinforced steps on each side, and there are giant lamps on the roof. Instead of a ladder at the back, there are grips from a climbing wall, which isn't a very functionally useful but looks cool. Once on the top, folks can walk on a grip-tape covered platform. Plus, there's a winch up there that the host of the video suggests using for wakeboarding.

More Off-Road-Friendly RVs To Check Out: 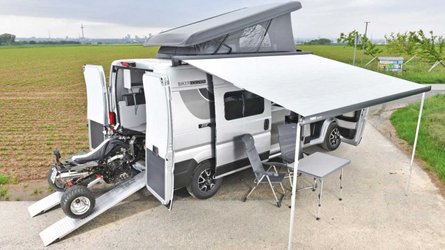 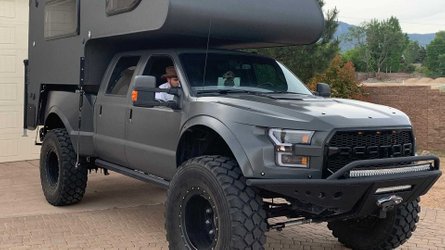 Jurassic MegaRaptor Overlander Has No Equal In Off-Road Camping
⠀ 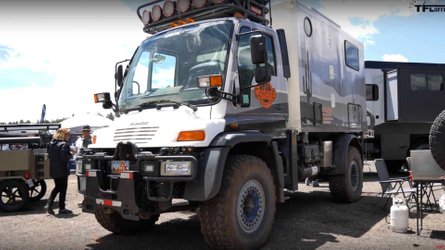 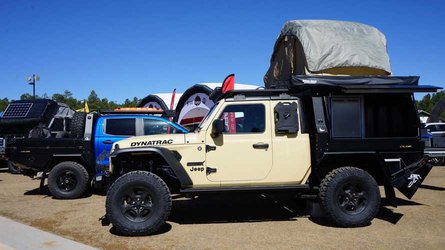 On the inside, there are two possible sleeping areas. The one towards the front of the vehicle transforms between a bed and a couch. In the latter form, there's even a pop-up table. At the back, a bed can lower from the roof. Removing the section of the floor reveals a drain, and a deployable shower curtain transforms the center of the van into a shower. Similarly, there's a hidden incinerating toilet. The walls have a variety of storage pieces, too.

The coolest feature comes from taking the storage bars out of the interior and mounting them on the roof. From there, a person can attach a hammock to the top and create an elevated place to take a rest after a day of activity.