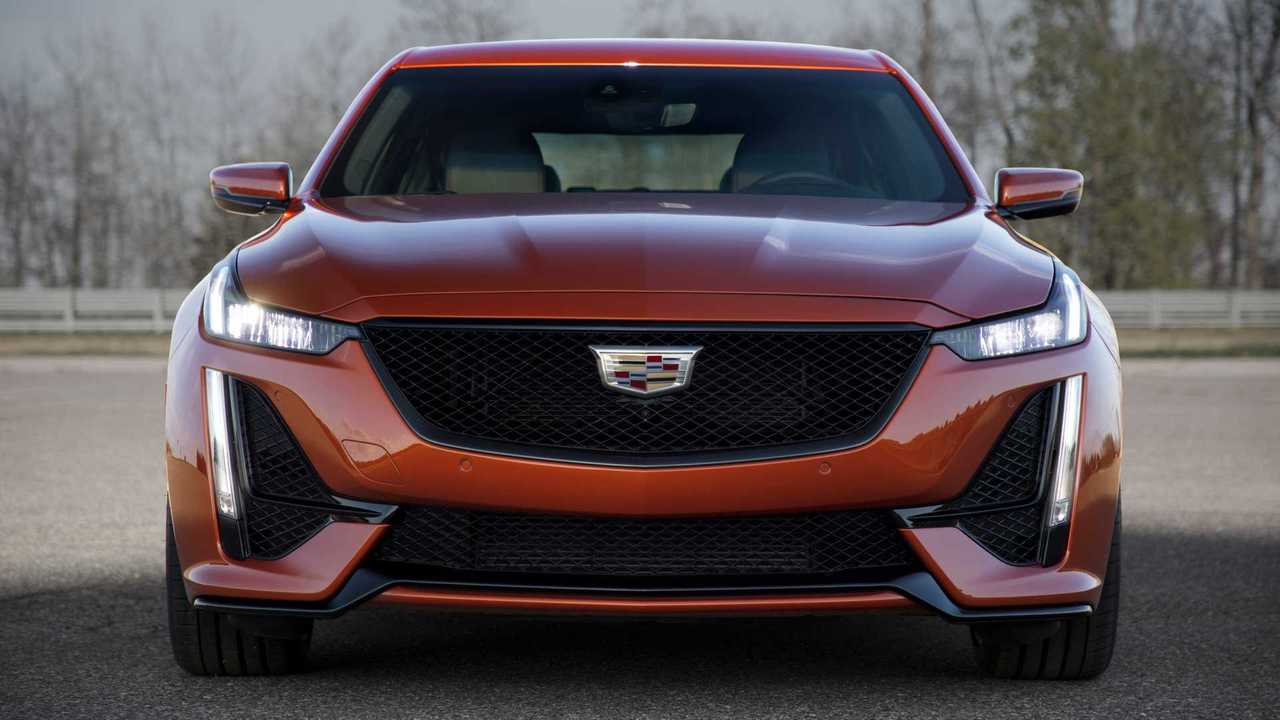 The "real" CT4-V could get the twin-turbo V6 from the ATS-V, but take all of this with a grain of salt.

Well, here’s an interesting twist. Jonny Lieberman of Motor Trend fame jumped on Instagram back on July 8 with a pretty bold claim. Actually, we’re going just come right out and say it – this is a very bold claim, considering the recent steps Cadillac has taken with its high-performance sedans. Missteps might be the better term here, since the entire world did a double-take when the CT4-V and CT5-V were unveiled with shockingly low horsepower ratings. To Lieberman’s credit, his claim at least addresses that issue, though not in a way anybody expected.

In short, he's saying the forthcoming CT5-V flagship will not receive a Blackwing V8 as we’ve been led to believe through months of rumors and hints. Rather, it will use the familiar 6.2-liter supercharged V8 from the outgoing CTS-V. Frankly, that’s just fine with us – the stout mill generates 640 horsepower, and it’s the reason why Cadillac’s now-retired warhorse is something of a legend in the luxury sport sedan segment.

However, this claim goes against pretty much everything we’ve been getting from Caddy as far as its future sedans go. Also, it goes against Lieberman’s own words from another Instagram post he made a few days prior to the one above, though we can't really blame him for being confused. Cadillac sure seemed confused these days as well.

Lost in all this is another claim that the top-level CT4-V model will also inherit a former V engine, namely the 3.6-liter twin-turbo V6 from the ATS-V. That makes plenty of sense to us since the CT4 is a proper ATS successor with all kinds of similarities to the outgoing model. However, Blackwing is still nowhere to be seen in all this, which leaves us with a very big question. If this claim is true, what is Cadillac going to do with its Blackwing 4.2-liter V8? The automaker has trademarked the name and gone on record as saying it won’t be used in any vehicle outside of Cadillac. Right now it’s only found in the CT6-V – a vehicle that has been canceled in North America.

Blackwing Lives, Or Does It?

That is, we think it’s canceled. GM keeps extending CT6 production, and that raises another valid point that supports Lieberman’s recent claim. Throughout all rumors and reports about Cadillac over the last six months or so, we’ve observed what can only be described as an aimless, meandering strategy with regard to its sedans. It started with the CT6 V-Sport getting promoted to a full-fledged V model, followed shortly by word it was canceled.

Then there was the whole bizarre announcement that cars would get badges showing engine torque in Newton-meters, and by now everyone is acutely aware of the PR flop that resulted from the CT4-V and CT5-V reveal. In fact, the camouflaged “real” V sedans that Cadillac paraded at the Detroit Grand Prix in early June felt like a last-minute decision, perhaps due to the world laughing at a CT5-V with less horsepower than a new Chevrolet Silverado.

Why Can't Cadillac Get Anything Right? Podcast #10

In any case, we’ve contacted Cadillac to ask about this claim. 99 percent of the time automakers have no comment on rumors or future vehicles, but perhaps a bit of light can be shed on this development. We’ll update the article if we hear any fresh news.