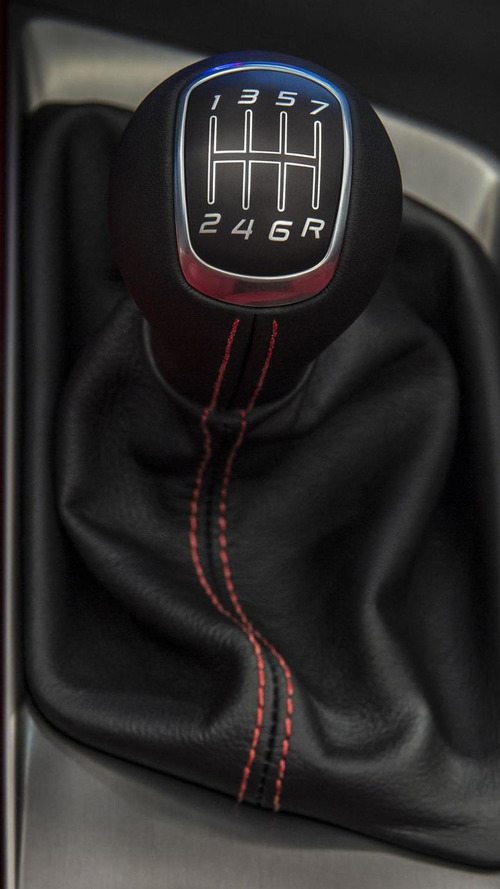 After numerous leaks and teasers, Chevrolet has officially unveiled the 2014 Corvette Stingray

After numerous leaks and teasers, Chevrolet has officially unveiled the 2014 Corvette Stingray.

Set to become one of the main attractions at the North American International Auto Show, the seventh-generation Corvette promises to provide the "perfect balance of technology, design and performance."

On the styling front, the 2014 Corvette has an evolutionary design with a long ventilated hood that is constructed out of carbon fiber. The model also features front fender vents, a removable 'double bubble' roof and HID headlights with integrated LEDs. Out back, there's a prominent rear spoiler, a four-tailpipe exhaust system and Camaro-inspired taillights.

The styling changes carryover to the cabin where the model has a significantly improved interior with higher quality materials. Notable highlights include premium leather upholstery, carbon fiber and aluminum trim as well as dual eight-inch displays which are easily customizable. Buyers can also select between two new seats that have a lightweight magnesium frame for exceptional comfort and support.

The model rides on a new aluminum frame which delivers an optimal 50/50 weight balance for unparalleled handling. The car also has "carbon-nano" composite underbody panels as well as composite fenders, doors and rear quarter panels.

Power will be provided by a new 6.2-liter LT1 V8 engine that has direct injection, continuously variable valve timing and an 11.5:1 compression ratio. This will enable the mill to develop approximately 450 bhp (336 kW) and 450 lb-ft (609 Nm) of torque. Thanks to the reduced weight and increased performance, the Corvette should be able to accelerate from 0-60 mph in less than four seconds and return 26+ mpg highway (US).

The 2014 Corvette Stingray will go on sale in the third quarter of 2013 and pricing will be announced closer to launch.