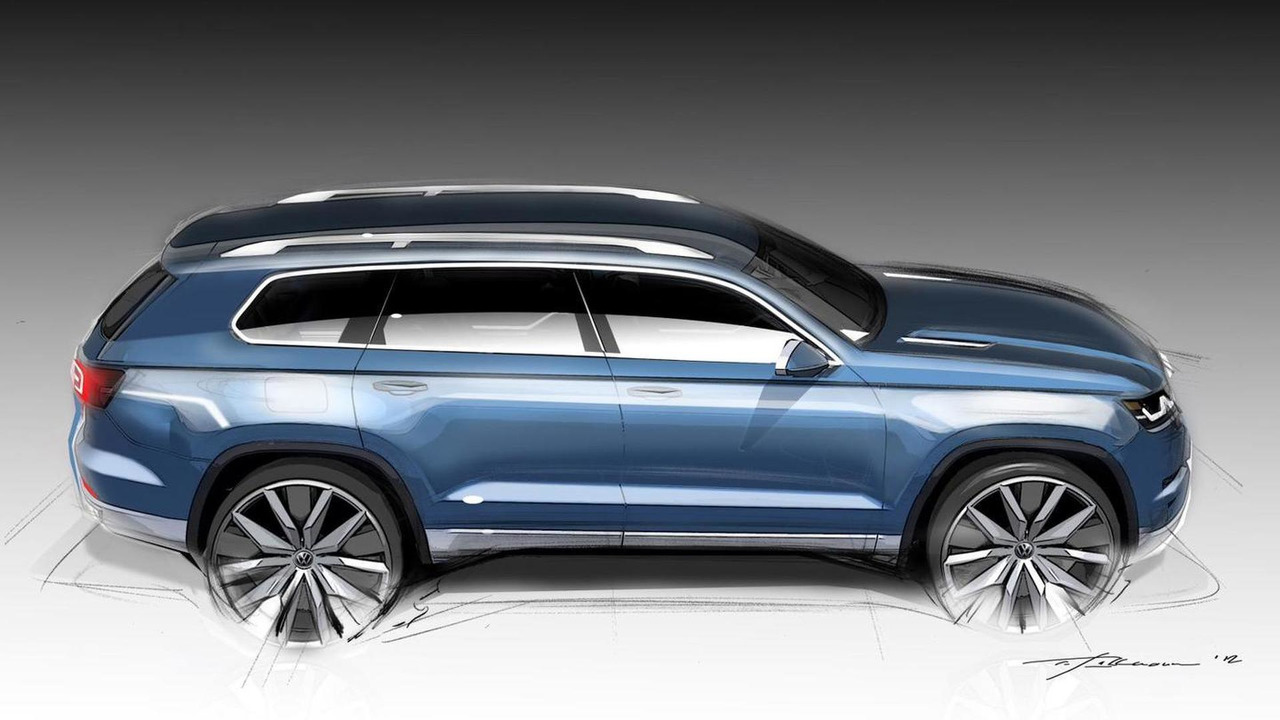 Volkswagen is set to reveal a seven-seat SUV in Detroit next week designed for the U.S. market.

Volkswagen is set to reveal a seven-seat SUV in Detroit next week designed for the U.S. market.

A conceptual study of a seven-seat SUV will be shown at this year's NAIAS as a preview for a production model which will be out in a few years. VW has already released a teaser of the model which is envisioned as being cheaper and more spacious than the Touareg.

Reports are indicating the car will be manufactured at the firm's Tennessee factory where they also make the Passat. Volkswagen will probably utilize the platform of the U.S.-spec Passat as a foundation for the seven-seat crossover. VW's head of global design Klaus Bischoff said during the L.A. Auto Show that its off-road capabilities won't be just as strong as the Touareg's, but "more than good enough to compete."