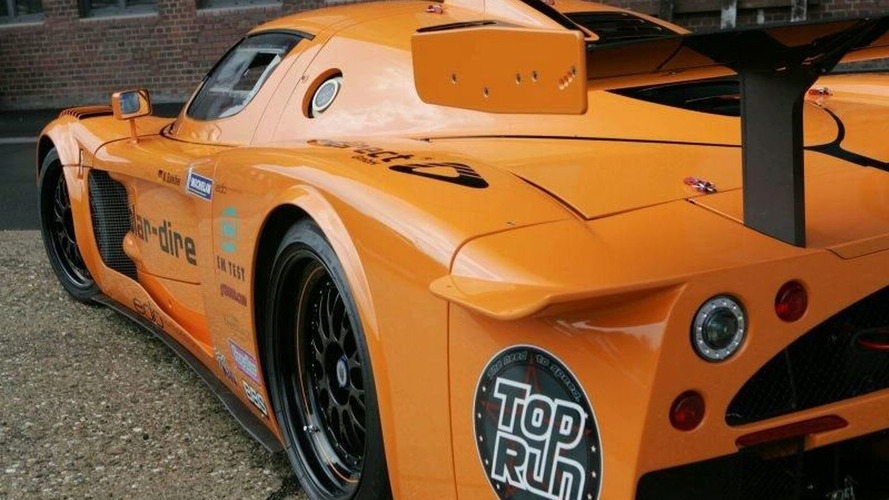 Seeing it was good, but driving it, well this might just be the ultimate test drive of the fastest weapon on the road today.

Nobody has got close to the MC12 Corse yet, and the same old studio shots have been winding their merry way round the net for a year. With only 12 cars available, and all of them sold to valued customers Maserati simply don’t need the publicity and are more interested in getting the customer cars ready.

So to even get close to one we had to call on our friend Edo Karabegovic, who just happens to have one in his workshop alongside the GT3s, 911 Turbos and the heavily modified MC12 R. And his is special, even amongst those 12 examples. This one is going on the road.

The Corse was designed as a track-only version of the MC12 based on the GT car that has demolished the competition in FIA and Italian GTs. Maserati’s equivalent of the Ferrari FXX programme is more than just a monumental car with 755bhp at its disposal, too, it’s a private members’ club that charged €1.4 million to join before the real expense even starts. Owners get the privilege of taking part in official trackdays around the world, with an army of flunkies to mop their brow and tighten screws – for a serious price.

Put simply, crash damage can cost the same as most of our houses. So the chance to inspect one is a rare treat indeed and the only reason we couldn’t drive it was that the police would have taken a dim view of its straight cut racing exhaust and lack of a road licence. Edo knows: he tried it before. It was a short-lived experiment and the start of a very stressful day.

But in just a few short weeks this machine will be on the road, and then I will have a first hand driving impression of a car that Edo Karabegovic considers to be so much better than the Ferrari FXX he has also tweaked that comparisons are simply pointless. The conventional wisdom says that the two are basically the same under the skin, but that was something arguably the finest non-marque specific tuner in the business was keen to sort out.

“Aerodynamically this car is amazing,” he said. “You can go at 300kph into a corner and it is just easy. Maserati went their own way on the engine, the gearbox, everything, it is a fantastic car, the best I have ever worked with.”

That’s high praise indeed for a man that has held the record on the Nordschleife for street-legal cars and tinkered with more or less any supercar you care to mention. The Corse is a cut above, though, something that became clear as soon as he fired up the bright orange weapon and every blip of the throttle threatened to blow the windows out of his workshop.

It’s far from standard, too, and Edo has already upgraded the exhaust and pulled a few more horses from the car. With new BBS wheels that replace the magnesium alloy racing numbers applied by Maserati and super sticky Michelin rubber especially developed for this car it should blast through the 60mph mark in around 3.3s and don’t be surprised to see it blasting past the 205mph top end claimed by the manufacturer.

Especially if Edo fits the 6.3-litre engine that currently resides in the MC12 XX, which is good for more than 800bhp and in this body would be a sight to behold.

As it slid menacingly out into the daylight the full force of the Corse struck home. A ground-hugging splitter with carbon-fibre gurney flaps bolted to the wides, working vents and side skirts meshed off, carbon-fibre and wood floor and those rolled out arches all mark the Corse apart from the standard car, and then there’s that gigantic single-plane rear wing, a diffuser with more suck than a vacuum factory and visible bolts, pins and even tape hold the flimsy bodywork in place.

The panels are so light they shake and reverberate, but that’s all part of a concerted plan to keep a huge slab of supercar down to a kerbweight of just 1150kg. Combined with his own fully adjustable suspension, developed with long-term partner KW, this is a recipe for simply manic speed.

And there are other subtle hints of things to come. In the front light cluster a tiny yellow indicator lens sits, while brake lights adorn the rear, a horn is available low down in the cockpit and the suspension comes fitted with a lifter for troublesome humps and driveways.

In the huge bonnet vents there are a vast pair of fans to keep the internals cool when sitting in traffic. Maserati simply didn’t envisage anything more than a brief hold at the end of the pit-lane, so keeping the temperatures under control was another task confronting the engineer charged with completing the task and air conditioning will probably come under consideration at some point.

These things don’t sit with a fully electronic steering wheel that has all the information at the thumb of a button, racing bucket seat built from the finest carbon-fibre and a fire extinguisher. But these are the first steps in the long process of putting the car on the street, legally this time.

And we’ll be right there with them to have a go. Seeing it was good, but driving it, well this might just be the ultimate test drive of the fastest weapon on the road today.