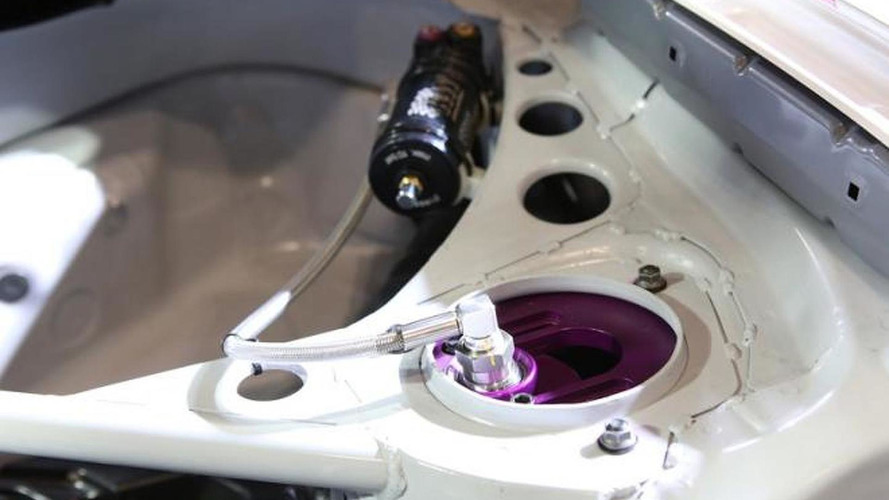 Toyota Racing Development has introduced the 86 Griffon Concept at the 2013 Tokyo Auto Salon.

Toyota Racing Development (TRD) has introduced the 86 Griffon Concept at the 2013 Tokyo Auto Salon, following a teaser released on December 31.

Carbon fiber was used for making the front and rear bumpers, hood, doors, trunk and wing, while body reinforcements were also applied. As a result, the car weighs only 1,034 kg (2,279 lbs) which makes it 227 kg (500 lbs) lighter than the standard model. This significant weight reduction was also possible by installing windows made from polycarbonate, except for the windshield.

The car was tested recently at the Tsukuba Circuit and managed to complete the lap in 1:01:872, making it faster than the Ferrari 458 Italia which does it in 1:02.24.

For full technical details, click on the press release button below the clip.