Subaru BRZ tS Could Return For 2020MY, EPA Listing Suggests

The 2020 BRZ tS is listed by EPA with a six-speed manual gearbox.

Could it be? Subaru’s 500-unit BRZ tS might be making a rather unexpected comeback as our friends at Cars Direct have stumbled upon an interesting piece of information on EPA’s website. For the forthcoming 2020 model year, there are a total of three BRZs listed – the standard model with the manual and automatic gearboxes, along with the hotter BRZ tS in manual-only guise.

Needless to say, the performance version is the least economical of the trio as EPA says it will do 20 miles per gallon in the city and 27 mpg on the highway for a combined 23 mpg or 1 mpg less than the manual transmission non-tS BRZ and 4 mpg less than the automatic model.

Contacted by Cars Direct, a Subaru spokesperson did not have much to say about the possible return of the BRZ tS, but did mention the lower fuel efficiency has to do with the larger 18-inch wheels and high-grip rubbers. The standard 2020 BRZ is expected to go on sale in the coming months, and we won’t be too surprised if the tS will indeed come back once again as a limited-run special edition.

As you may recall, the original version launched for the 2018 model year without a power boost, but with an assortment of other appealing upgrades. Those 18-inch wheels we mentioned earlier were a lightweight STI-branded set shod in 215/40 R18 Michelin Pilot Sport 4, with Brembo brakes at both axles. Subaru also installed STI-tuned coil springs and SACHS dampers, while the engine compartment got flexible V-braces.

We've Driven The Old One Twice: 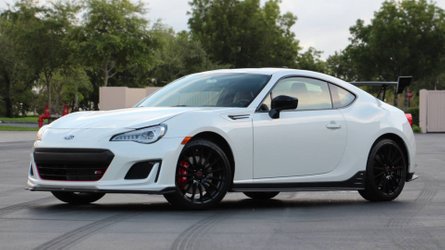 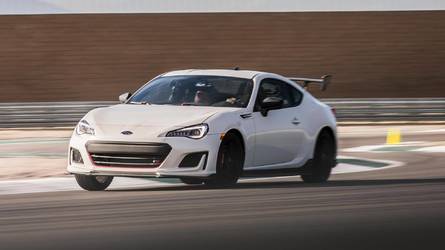 Steering response was improved compared to the regular version of the Toyota 86’s sister model thanks to draw stiffeners added to the coupe’s chassis and sub-frame, along with a bigger stabilizer bar at the back. Subaru rounded off the list of upgrades with a slightly more aggressive body equipped with front, side, and rear underspoilers along with a manually adjustable carbon fiber spoiler at the rear.

There was also an assortment of changes inside the cabin to make the BRZ tS feel a bit more special than the standard car and make it worthy of its premium. Goodies included leather and Alcantara upholstery, red accents, a frameless rearview mirror, and other miscellaneous items.