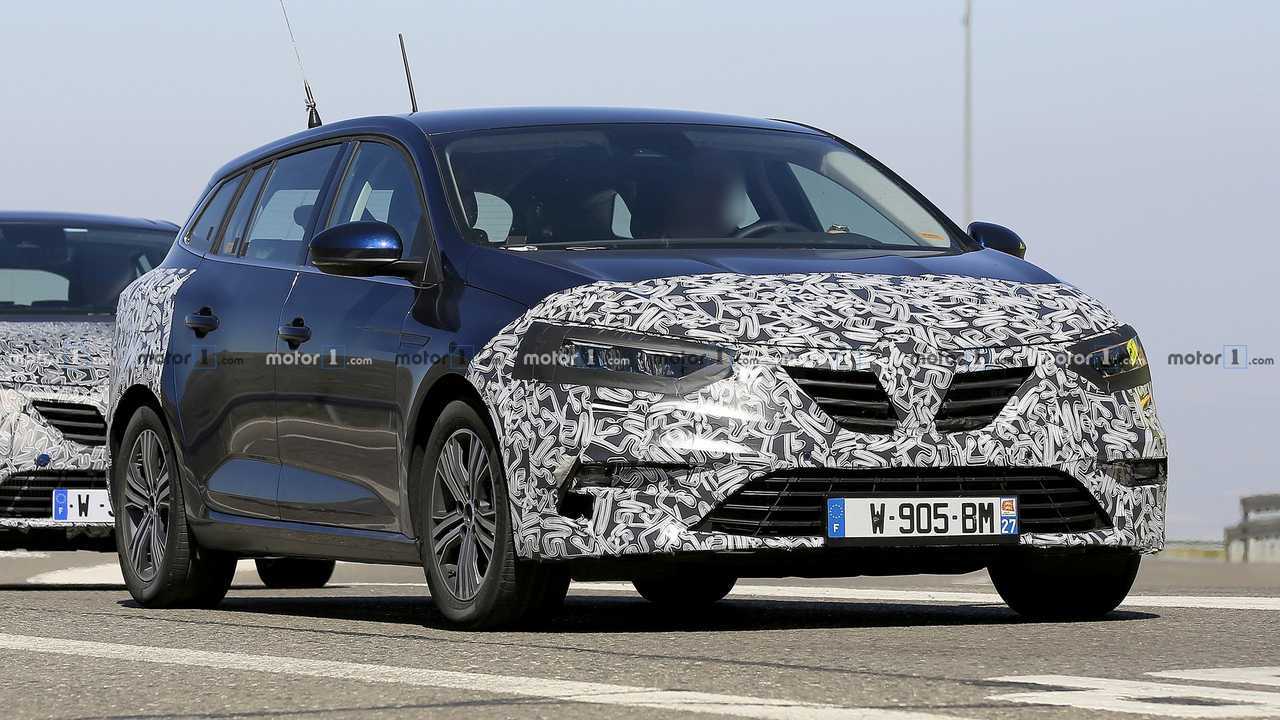 The bumpers will also be going through mild cosmetic surgery.

Renault has been busy lately turning the Megane into the fastest front-wheel-drive car at the Nürburgring thanks to the hardcore RS Trophy-R version, but it hasn’t been ignoring the family man. A mid-cycle refresh for the regular variant of the compact car in its long-roof configuration has just been spotted high-altitude testing while carrying the new bits underneath that funky camouflage.

The Renault Megane Sport Tourer as it’s advertised in many European countries had disguise at the front and rear, which is exactly where you’d expect changes on a facelifted car. Despite the camo, it appears the company with the diamond logo has freshened up the wagon’s headlights while maintain the familiar “C” shape since the LED daytime running lights continue to extend onto the bumper.

Moving at the back of the car, the camo does a good job at masking the horizontal light strip on the tailgate, but look closer and you’ll notice it’s still there. Modified graphics for the taillights will allow the Megane to avoid a midlife crisis. We’re also expecting the bumpers at both ends to go through a nip and tuck, but nothing to write home about.

We wouldn’t hold our breath for any major changes inside the cabin, although the Megane facelift will probably learn a thing or two from the stylish new Clio and its crossover counterpart, the Captur. Speaking of those two models about to be electrified, Renault is likely going to offer the revised Megane range with a plug-in hybrid powertrain dubbed E-Tech, probably in a more powerful configuration compared to the supermini and subcompact crossover.

Renault unveiled the fourth-gen Megane back in September 2015 at the Frankfurt Motor Show, so maybe the revised version will debut at the same IAA event in a couple of months. If not, the Geneva Motor Show in March 2020 seems like a safe guess, although the French automaker might not wait until then.