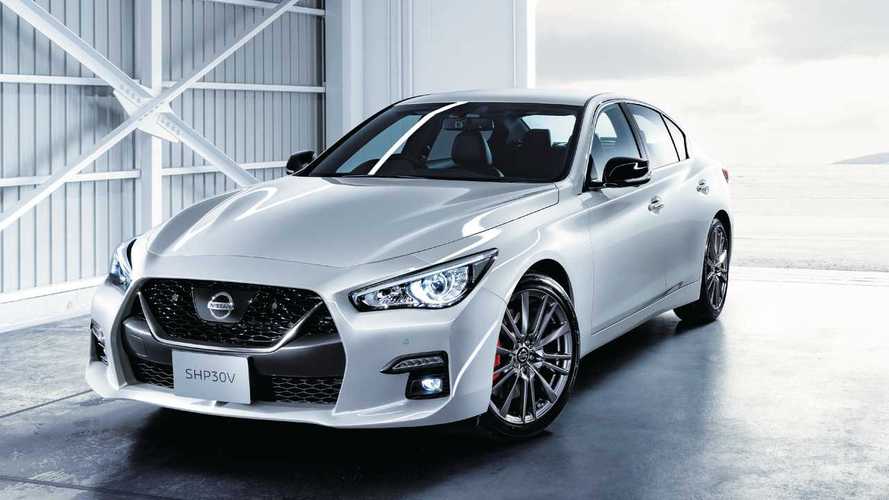 The four-door is also available with the brand’s ProPilot 2.0 safety system.

Accompanying the Skyline’s new-old styling is the introduction of Nissan’s ProPilot 2.0 semi-autonomous driving system. The setup is capable of driving the Skyline in a single lane on the highway without any driver intervention.

ProPilot 2.0 is able to navigate the Skyline along an inputted navigation route, while externally mounted sensors alert the driver if a lane change is necessary, or possible, by way of audio and visual warnings. Once the driver places both hands on the wheel and confirms the lane change, ProPilot 2.0 assists in completing the given maneuver.

In order to make sure the driver doesn’t become overly reliant on ProPilot 2.0, Nissan fits the car with a monitoring system, which sends an alert if it senses the person in the driver’s seat is no longer paying attention. If the driver fails to react to the alert, ProPilot 2.0 will turn on the hazard lights and bring the car to a halt.

ProPilot 2.0 is limited to gasoline-electric Skyline Hybrid models, which rely on a 3.5-liter V6 engine and an electric motor to send 359 horsepower to either the car's rear or all four, wheels. A twin-turbocharged 3.0-liter V6 engine that makes up to 400 hp is available in rear-drive Skylines.

Whether the Skyline’s updated looks or ProPilot 2.0 safety system make it to its corporate cousin, the Infiniti Q50 sedan, is not currently known. We’ve reached out to Infiniti for further details and will update this post as we learn more information.