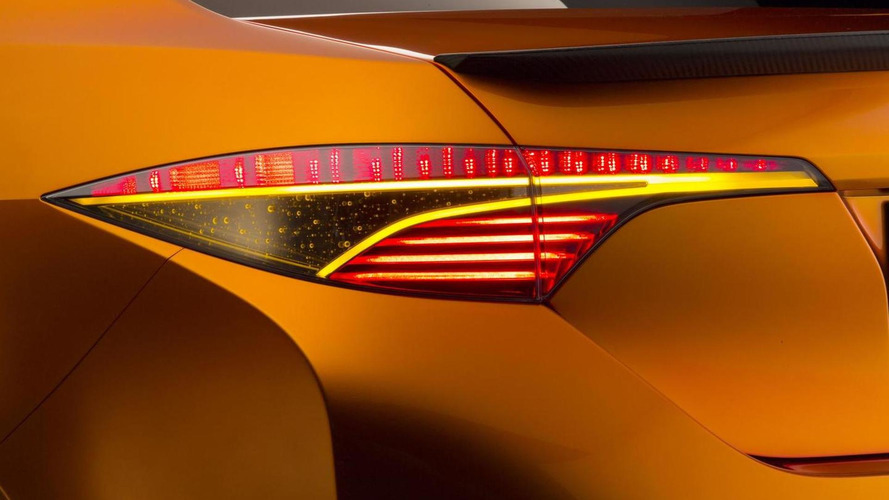 Toyota has released another teaser with its "exciting new sedan concept". Debuts on Monday

Toyota has released another teaser with its "exciting new sedan concept".

Last month they launched a teaser video (see related links below) of the Furia concept and now they are back with a photo showing the car's rear quarter revealing a carbon fiber boot lid spoiler and sleek taillights. Toyota hasn't released any sort of details about the concept, but it could be a design preview of a future Corolla, possibly the U.S.-spec version.

Aside from this picture, we've also learned it will be presented through a "custom-built structure housing thirty of Samsung Display's new 46-inch transparent LCD screens." The unveiling is scheduled for January 14 at 2:25 PM EST.